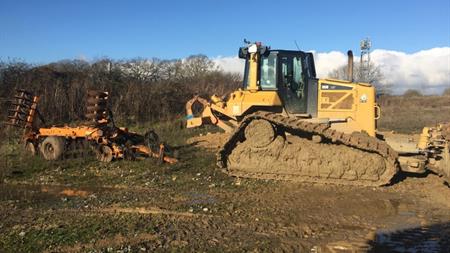 On 17 November 2017, a plant driver employed by APK Earthmoving had asked a site security guard working for another company to help unhitch a trailer from a bulldozer while he was operating the machine.

While helping with the procedure, the security guard's hand became trapped between a metal post and the bulldozer. This resulted in the amputation of his middle and ring fingers and the loss of movement in the index finger on his right hand.

A Health and Safety Executive (HSE) investigation found that APK Earthmoving had failed to take action to protect people not in its employment while undertaking its business of hiring out mobile plant and driver services.

APK Earthmoving of Oxfordshire pleaded guilty to breaching s 3 (1) of the Health and Safety at Work Act. The company was fined £10,000 at Bristol Magistrates' Court and ordered to pay costs of £1,297.

Speaking after the hearing HSE inspector Berenice Ray said: "This injury could have been easily prevented if a safe system of work had been followed, with the bulldozer ignition turned off before anyone was allowed close to remove the trailer.

"Employers should make sure they properly assess risks and apply effective control measures to minimise the risk from their machinery operations."

The injury resulted in the security guard being off work for seven months while suffering pain and having to adapt to the disability.