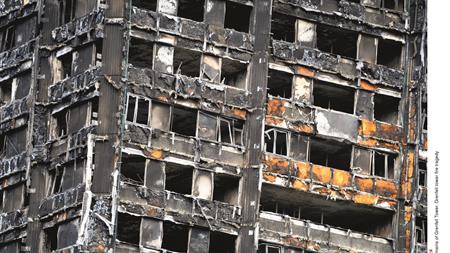 The chairman of the inquiry, Sir Martin Moore-Bick, received the terms of reference from Prime Minister Theresa May on 15 August, following a public consultation.

IOSH has welcomed the terms for the inquiry, which it said must be a "watershed for safety".

An independent review of building regulations and fire safety, previously announced by Ms May, will help to inform the work of the inquiry.

Moore-Bick said he hopes to hold a preliminary hearing in mid-September and to provide an initial report by Easter 2018.

Richard Jones, head of policy and public affairs at IOSH, said: "It's vital that this inquiry into the Grenfell Tower fire becomes a watershed for fire safety and helps prevent future such tragedies.

"Agreement these terms of reference will help ensure key areas of weakness are examined and enable the chair to make necessary recommendations to improve both current and future fire risk management".

At least 80 people died when the fire devastated the 24-storey building on 14 June.

"In due course, a senior representative of each corporation will be formally interviewed by police in relation to the potential offence," it said.