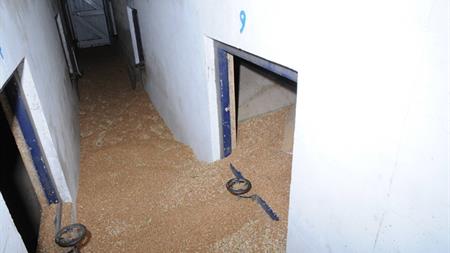 Maurice Mason, which runs Hall Farm, Fincham, near King's Lynn, Norfolk, failed to adequately identify and manage the risks associated with cleaning grain stores. The company failed to put a safe system of work in place for the task and it did not provide suitable training.

The Health and Safety Executive (HSE) investigation found that 21-year-old Arthur Mason was taking turns with a colleague to clean inside the grains bins on the farm when the incident happened on 9 July 2014.

He was standing on the stored grain, using a broom to clean sides of the bin. He wore a harness fitted with a fall-arrest lanyard, which was secured to a fixed ladder inside the bin.

As the cleaning proceeded, Mason began to sink into the grain, which was emptying slowing through a small opening at the bottom of the bin more than a metre below the surface. The investigation found that any such movement or cavity in the grain could be enough to create a quicksand-like effect.

The fall-arrest component of the lanyard extended, which caused Mason to sink still deeper into the grain. Colleagues tried to help him but he became engulfed in the grain and died.

His employer, Maurice Mason pleaded guilty to breaching s 2(1) of the Health and Safety at Work Act at Norfolk Crown Court last week. It was fined £50,000 and ordered to pay £22,000 in costs.