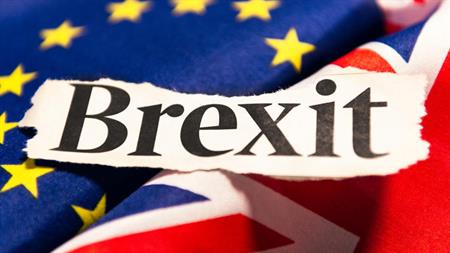 Prime minister Theresa May is said to be considering supporting the amendment which would enshrine protection of the rights and standards relating to health and safety and employment, as well as the environment. It would also allow MPs a vote on whether to adopt EU protections if they are strengthened in the future.

The move is an attempt to gain support from Labour Brexiteers ahead of Tuesday's "meaningful vote" on the withdrawal agreement. The bill could be voted down by more than 430 MPs, with only 206 ready to support it.

The amendment was put forward by John Mann, the Labour MP for Bassetlaw in Nottinghamshire, and has the support of his fellow members Caroline Flint, Lisa Nandy and Gareth Snell.

During a debate in the House of Commons yesterday (10 January), Flint said: "As this amendment proposes, the UK's goal post-Brexit should be to ensure that workers' rights do not slip back -- that the rights enjoyed by many British employees are protected."

Shell added: "The amendment is one way of achieving unity. It by no means solves everything, and it will not remove a number of the concerns that I still have about the vote on Tuesday, but if we can use it as a starting point after that vote, I hope we will have achieved something better."

However, Tim Roache, GMB general secretary, said: "The government has systematically refused to engage with trade unions over workers' rights and is now trying to buy off MPs with legally unenforceable tweaks that are not worth the paper they are written on.

"These assurances are meaningless at best, and at worst a cynical attempt to use workers' rights as a bargaining chip for self-preservation.

"To be clear -- this doesn't guarantee workers a single thing. Any MP who thinks this is enough to make a bad deal good needs to have a serious word with themselves."

Frances O'Grady, general secretary of the Trades Union Congress agreed. "This amendment makes no change to a bad deal for working people's jobs and rights," she warned.

"We've been clear that what working people need is a long-term, binding guarantee that their rights will keep pace with those across Europe. This doesn't deliver that. It doesn't even provide an adequate guarantee for the rights we already have.

"And since the political declaration isn't legally binding, there's nothing to stop a future government from ignoring it altogether.

"The prime minister has talked a big game on workers' rights all along, but once again the reality falls short."

Theresa May yesterday called the bosses of GMB and Unite in another bid to gain cross party support for her Brexit deal.