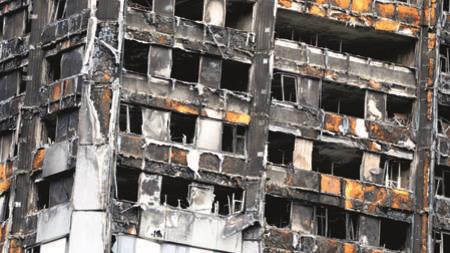 Housing minister James Brokenshire confirmed on 18 December that the government will implement all the recommendations made by Hackitt in her Independent Review of Building Regulations and Fire Safety, published in May 2018.

The new regime will mandate named dutyholders for fire safety compliance at the design, construction and occupation stages of residential buildings of 10 storeys or more.

High-rise residential projects will also be obliged to pass through a series of "gateways", points at which the regulators will approve fire safety arrangements before allowing the next stage to begin.

Hackitt's report concluded that a lack of clarity on roles and responsibilities and inadequate regulatory oversight and enforcement had led to a "race to the bottom" in building safety practices.

Announcing Building a Safer Future, the government's implementation plan, Brokenshire said the government would consider the option of establishing a statutory Joint Competent Authority, which would oversee the management of safety risks across a building's entire lifecycle, oversee compliance and have the power to sanction dutyholders.

Hackitt's report called for serious penalties, including prison and unlimited fines for construction contractors who were found guilty of flouting fire regulations.

Her final report recommended that the "sanctions and enforcement regime should be reinforced so that penalties are an effective deterrent against noncompliance. These stronger enforcement tools should generally look to replicate and align with the approach in the Health and Safety at Work Act".

The government accepts this in principle but will consult on further detail in spring 2019, specifically on proposals for enforcement and sanctions to support the new regime. To assist with the consultation and establishment of the new regime it has set up a Joint Regulators Group, comprising representatives of the Health and Safety Executive, Local Authority Building Control, the fire services and the Local Government Association, which will start to test elements of the revised framework in 2019 ahead of any new proposed legislation.

Although the new regulatory framework will apply to high-risk residential buildings, the government also plans to consult in the spring on whether other buildings should be included where a fire involving them could put multiple lives at risk.

Over the next 12 months, the government plans to set up a standards committee to advise the secretary of state on new and existing construction product and system standards.

In addition to setting out its implementation plans, the government has also launched a full review of fire safety guidance in building regulations. On 18 December it published a call for evidence seeking views on the future technical guidance contained in Approved Document B (fire safety). The consultation closes on 1 March.

In September 2018, the government introduced a ban on using combustible cladding on new high-rise buildings, which is due to come into force on 21 December.