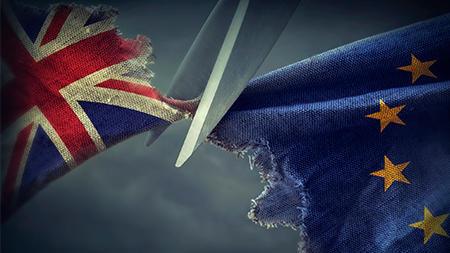 The Health and Safety (Amendment) (EU Exit) Regulations 2018 are designed to ensure that European Union-derived health and safety protections will continue in domestic law after the UK leaves the EU. The government has said that, in the case of some protections, technical amendments to existing legislation will be required to ensure effective operation.

The Department for Work and Pensions laid the draft statutory instrument before parliamentary scrutiny committees last week as part of the "parliamentary sifting mechanism" contained in the EUWA.

The EUWA gives government ministers the power to decide whether the regulations to ensure legal provisions based on EU law continue to be effective once the UK leaves are "affirmative" instruments, which would require a parliamentary debate. Ministers can also decide if they should be "negative" instruments, which would mean they can come into force without any debate.

The "parliamentary sift" which ends on 11 October allows the Joint Committee on Statutory Instruments and the Committees on the UK's exit from the European Union to recommend that a proposed negative instrument should be upgraded to an affirmative instrument. Ministers do not have to accept such a recommendation, but the government has indicated that if both committees propose an upgrade, minister of state for disabled people, health and work Sarah Newton would accept it. The minister has said that the government does "not see any reason why [the regulations] should not be subject to the negative procedure".

One of the most significant amendments is to the Control of Major Accident Hazards Regulations 2015. Regulations 17 and 20(1) require specified information to be made available to other member states where they could be impacted by a major accident. Although this will no longer apply from exit day, the UK would still be under an international obligation to share certain information around potential transboundary effects of major accidents through being party to the UNECE Transboundary Effects of Industrial Accidents Convention (TEIA).

Another key amendment relates to regulation 26(3) which places a duty on the competent authority to provide the European Commission (EC) with specified information about major accidents, which meet the criteria in schedule 5, within a specific timeframe. The government proposes that this requirement should be removed. It argues that under the UK's membership of the Organisation for Economic Co-operation and Development and as a party to the UNECE TEA Convention, the UK would share information for lessons learned and international best practice purposes using the EC's database.

Amendments to the Control of Substances Hazardous to Health Regulations 2002 include allowing the Health and Safety Executive (HSE) to make exemptions, by a certificate in writing, from the prohibitions imposed on the import of certain substances and articles from outside the European Economic Area. Currently, exemptions are only permitted by article 9 of Directive 98/24/EC, which sets out the circumstances for granting exemptions and the information provided by the employer making the request.

In the offshore sector, regulation 32 of the Offshore Installations (Offshore Safety Directive) (Safety Case etc.) Regulations 2015, requires the exchange of knowledge, information and experience between the competent authority -- the UK Health and Safety Executive -- and authorities in other member states and through the European Union Offshore Oil and Gas Authorities Group (EUOAG). The proposed amendments would include removing the competent authority's duty to share information with other member states and the EUOAG from exit day.

Regulation 34 of the same legislation requires UK-registered companies that operate outside the EU to report, on request from the competent authority, the circumstances of any major incident in which they have been involved. The proposed amendment would ensure that once the UK leaves the EU, the regulation 34 exclusion for operations in the EU which are reported under other requirements in the Offshore Installations (Offshore Safety Directive) (Safety Case etc.) Regulations 2015 continue to apply to Great Britain's waters.

Regulation 22 of the Offshore Installations (Prevention of Fire and Explosion, and Emergency Response) Regulations 1995 allows the HSE to grant installations exemption certificates from the regulations' requirements subject to "any of the provisions imposed by the 'European Union' in respect of the encouragement of improvements in the safety and health of workers at work-¦". Under the proposals, the power to issue exemption certificates will only be constrained by provisions imposed by the EU up to exit day.