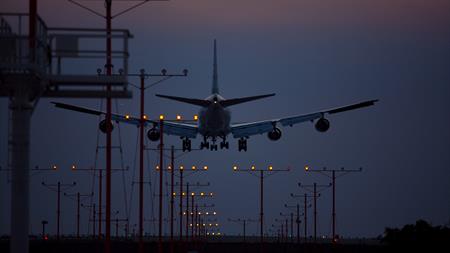 High-powered pointers with a beam strength of more than 5 milliwatts (mW) can cause retinal damage when shone into the eyes. Shining the beam at aircraft and other modes of transport can also dazzle and distract a person at the controls.

In a consultation document launched by the Department for Business, Energy and Industrial Strategy (BEIS) to gather information on the market for these devices and how they are used, the government says that high-strength laser pointers are "very easy to obtain" despite legislative restrictions.

It said it is concerned about the rise in the number of reported incidents involving the deliberate misuse of laser pointers in recent years and, as result, the consultation is seeking responses from business groups, aviation and transport bodies, health bodies, and the general public on potential measures it could consider to tackle the issue.

In November 2016 there was a report that a laser pointer beam was shone a Wales Air Ambulance helicopter pilot's eyes, causing temporary blindness that could have resulted in a crash.

According to the Civil Aviation Authority, since 2010 there have been about 1,500 laser attacks on aircraft reported each year in the UK. It is a criminal offence to direct laser pointers into aeroplane and helicopter cockpits during take-off and landing, however action was taken against 23 offenders only in 2013 and 21 in 2014.

"This may point to a problem with the current legislation and powers available to investigate an offence," says the government.

Brian Strutton, general secretary of the British Airline Pilots' Association (BALPA), said: "Startling, dazzling and distracting a pilot at a critical stage of flight has the potential to cause a crash and loss of life. This is especially a problem for helicopters, which operate close to the ground and are sometimes single pilot operations.

"There is also a growing concern that, as the power of available lasers increases, the possibility of permanent damage being caused to pilots' and passengers' eyes increases.

"We would like to see the laser threat taken very seriously before there is a fatal accident and BALPA therefore supports the Department for Business, Energy and Industrial Strategy in their call for evidence."

The consultation closes on 6 October.

In June, plans announced by the Department for Transport to impose tougher penalties on laser attackers that target aircraft, trains, buses and taxis were dropped by the government.