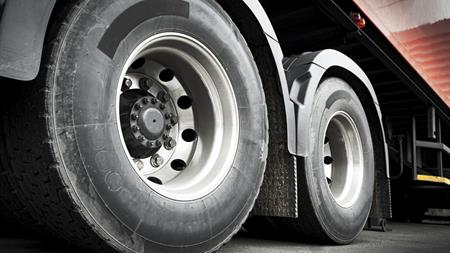 However, concerns have been raised that vans have been excluded from the review.
The move follows a campaign by Frances Molloy, whose son Michael was among three people killed in a coach crash in 2012. The accident investigator concluded that the blow-out that caused the crash was a direct result of the tyre's age.
Regulations are already in place to ensure tyres meet specific standards, including for tread depth and the absence of cuts and lumps that might indicate a structural failure. The new proposals are intended to supplement these by adding a further requirement on maximum tyre age.
Subject to the outcome of the consultation, this would make it an offence to use or operate a vehicle fitted with a tyre that is more than ten years old. The restriction would also cover re-treaded tyres fitted to a non-steered axle. It would apply to re-treads older than ten years, as specified on the tyre wall.
The proposals include measures requiring the date of manufacture to be visible for inspections, and to be maintained and not tampered with.
If they are supported, a new law could be introduced this year and implemented in 2020.
The consultation, which will run until 1 September, will also examine whether such a ban should be extended to taxis and private hire vehicles.
Road safety minister Michael Ellis said: "Our priority is keeping people safe on our roads, and we are taking action to reduce the number of people killed or injured.
"There is increasing evidence that age affects the safety of tyres, which is why I think older tyres should not be used on large vehicles."
In September 2017, five people died when a truck travelling on the M5 had a tyre blow-out, crossed the central reservation and collided with oncoming traffic.
At the inquest in February 2019 the coroner concluded that the accident was a result of the tyre failure. He noted that the tyre was 18 years old and had structural deterioration due to its age.
Research commissioned by the Department for Transport and published last month suggests that ageing tyres become corroded, which could cause them to fail.
However, the Freight Transport Association (FTA) said the government's proposals to tighten tyre safety standards for lorries, buses and minibuses, did not go far enough.
James Firth, the trade body's head of road freight regulation policy, said: "FTA is calling for the government to include vans in its consultation on banning ten-year-old tyres. With more than 4.2 million of these vehicles on our roads, van operators must be held against the same compliance and safety standards as any other commercial vehicle.
"We want to see a strong enforcement effort against all vehicles which may compromise road safety, including caravans and trailers."
Topics:
Road safety
Sector: Central government
Transport and logistics
News