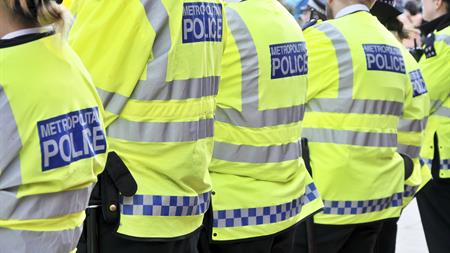 The Home Office has issued a document, Common Goal for Police Wellbeing, which sets out how it plans to improve police welfare and wellbeing.

The goal focuses on developing a culture based on illness prevention, early intervention and support for officers and staff. It was launched on 3 July following a police wellbeing roundtable in January chaired by the minister of state for policing and the fire service, Nick Hurd.

Police leaders, experts from government and Public Health England and mental health charities attended the roundtable to discuss how the government could assist chief constables with their statutory duty to manage the welfare of their officers.

Hurd said: "We have heard the message that police welfare support must improve. Officers put themselves in harm's way to protect the public, so it's vital the government and chief officers have their back.

"This goal represents a real step towards police leaders ensuring every member of their force feels valued and supported, but it won't solve the issue by itself -- action must follow."

Police leaders that sign up to the pledge will be required to share best practices, deliver occupational health and effective line management, and provide signposts to police charities and other organisations that can assist officers who are facing challenges.

The document says: "By 2021, policing will ensure that every member of the police service feels confident that their welfare and wellbeing is actively supported by their police force throughout their career, that a culture supporting this is embedded in every force, and that individuals have access to appropriate support when they need it.

"This includes physical and mental health as well as the broader concept of wellbeing which enables individuals to realise their potential, be resilient, and be able to make a productive contribution to the police workforce."

Common Goal for Police Wellbeing was drawn up in conjunction with major policing groups, including the Police Federation, National Police Chiefs' Council, the Police Superintendents' Association and the Police Dependants' Trust (PDT).

The new wellbeing goal builds on existing government funding given to the sector. In July 2017 the former home secretary Amber Rudd awarded £7.5m to the College of Policing for a national police welfare service.

The government also awarded £1.5m to Harrogate, Yorkshire-based police charity the Police Treatment Centre, which supports police officers with a mental health illness, and £7m since 2014 to the charity Mind to fund its Blue Light Wellbeing Programme, which provides mental health support to emergency service workers.