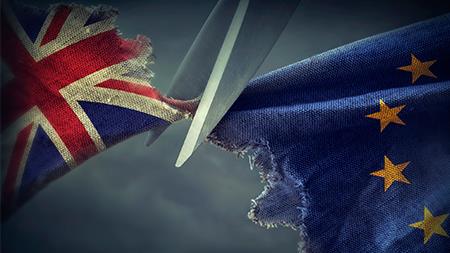 In a briefing document published yesterday, Protecting Health and Safety after Brexit the TUC argues that while the Conservative administration's white paper states an intention to transfer all existing safety and health protections from EU law in to UK law, these safeguards are vulnerable to erosion and repeal.

The official government position, laid out in its white paper published in January, is to protect and enhance UK workers' rights. Its yet-to-be published Great Repeal Bill is intended to transfer all laws stemming from EU directives, including all the "six pack" regulations, notably the Management of Health and Safety at Work Regulations 1999 and others that cover issues like personal protective equipment, as well as the Construction (Design and Management) Regulations, into UK legislation.

However, the TUC argues that the commitment to protecting and enhancing workers' rights only applies for the coming parliament and does not cover future EU rights if there are improvements. It also warns that leading voices in the Conservative party are arguing for reductions in worker protection.

"During the next few years, the EU is going to be bringing in new regulations on chemicals and is also committed to addressing issues of growing concern, such as psychosocial risks, musculoskeletal disorders and ageing," notes the report. "We must ensure that the UK government implements any improvements in the EU regulatory system."

The TUC's priorities for the next government include a proposed list of new regulations to protect UK workers. These include a commitment to remove all asbestos in the workplace; legally binding regulations on stress; a duty on all directors to ensure safe working conditions; new standards on silica and diesel exhaust; and a new regulation on preventing musculoskeletal disorders.

It has also called on the UK government to introduce regulations to help protect workers in the "gig economy" who are not covered by the safety and health procedures of those they work for. The trade union body suggests that legal protection for the self-employed should be restored but is also calling for a full review of employment status.

The TUC briefing explains that the UK government's ability to deregulate safety and health will depend not only on the proposed Great Repeal Bill, but also the outcome of the EU negotiations.

If the UK does not remain covered by the trade deals that the EU negotiates with other countries and has to negotiate its own trade agreements, then UK workers would probably only be able to rely on the protection of international agreements, argues the TUC.

If this is the case, it argues that the UK should commit itself to ensuring that trade agreements include provisions for both parties to respect the decent work agenda that includes the International Labour Organisation (ILO) core conventions, an important guarantee of worker rights to a safe workplace. It is also calling on the UK to sign up to the ten of the 13 ILO health and safety conventions that it has not yet ratified.

The TUC has also warned that trade deals must not contain special investor-state dispute settlement (ISDS) style courts, which allow corporations to challenge national laws. The trade union body argues that health and safety regulations could be at risk if a foreign investor thinks they are too strong.