Government has ‘no plans’ for maximum working temperature 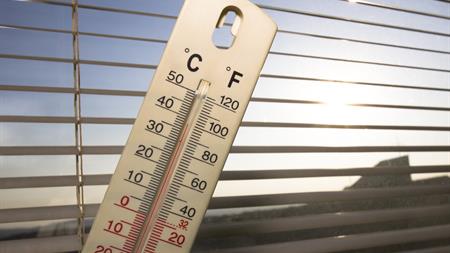 The government said it has "no plans to bring forward proposals to set a maximum permitted working temperature", despite the committee's warnings that overheating work environments can lead to heat stress, particularly for workers who carry out heavy manual labour.

The report, Heatwaves: adapting to climate change, was published on 26 July -- the hottest day of 2018 in the UK, when temperatures reached 35°C in Kent.

It noted that indoor temperatures of more than 28°C for long periods are likely to result in reduced productivity and urged Public Health England to issue formal guidance to employers to relax dress codes and allow flexible working when heatwave alerts are issued.

In its response, the government said: "The Health and Safety Executive (HSE) is the regulator with responsibility for workplace health and safety, including thermal comfort in the workplace.

"There is an existing legal obligation under the Workplace (Health, Safety and Welfare) Regulations 1992 to provide a 'reasonable' temperature in the workplace.

"In 2009, an independent review of workplace temperatures completed on behalf of the HSE concluded that there is little evidence of significant numbers of cases of illnesses (long or short term, physical or psychological) caused or exacerbated by exposure to high temperatures at work and concludes that this is not an issue that justifies active regulatory intervention.

"It is the employer's duty to determine, in consultation with their workforce, what is 'reasonable comfort' and to take action accordingly."

Chair of the EAP, Mary Creagh, said: "Ministers must act to protect people from the risks of heatwaves -- especially with the UK's ageing population."