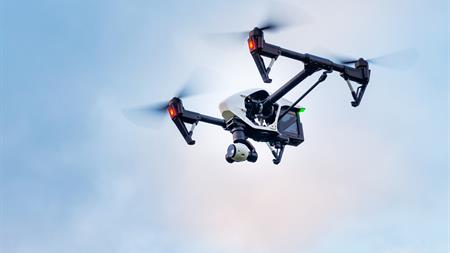 An amendment to the Air Navigation Order (ANO 2016), which will come into effect on 30 July, will restrict UAVs from flying above 122 m and within 1 km of airport boundaries.

The Department of Transport (DoT) says the restrictions are necessary to counter the year-on-year increase in reported incidents involving UAVs flying near aircraft. In 2016, there were 71 such incidents, rising to 93 last year. The safeguards are designed to minimise the risk of damage to windows and engines of planes and helicopters.

The new restrictions will also require owners of UAVs that weigh 250 grammes or more to register with the Civil Aviation Authority (CAA), which policies the regulations on UAV use under ANO 2016 and issues the permits to fly. These additional requirements, which are due to come into force on 30 November 2019, will also require UAV pilots to pass an online safety test to demonstrate their competence.

The CAA and airports will have the power to make exceptions to the new requirements in special circumstances.

UAV operators who flout the new height and airport boundary restrictions could face unlimited fines, up to five years in prison, or both. Users who fail to register or sit the competency tests could face fines of up to £1,000.

In a further move to support these measures, the government plans to publish a draft Drones Bill in the summer, which will give police more powers to intervene on the spot when UAVs are being misused. Under the proposals, police could order operators to ground the UAV where necessary and could also seize UAV parts to prove a machine has been used to commit an offence.

The Department for Transport and the CAA say they plan further measures to support the safe development of the technology, including requiring UAV operators to use apps so that they can access the information needed to make sure any planned flight can be made safely and legally.

The changes are part of the future of mobility Grand Challenge, which was laid out in the government's modern industrial strategy and underpins a long-term plan to harness the safe and legal use of UAV technology by businesses and public services. The government wants to encourage innovation and growth within safe parameters.

A recent report by PricewaterhouseCooper estimated the uptake of UAVs could add up to £41.7bn to the UK's gross domestic product by 2030.

Angus Benson-Blair, chief UAV pilot at aerial film and television production company Flying Pictures, told IOSH Magazine: "These new measures are an excellent proportionate response to the risks involved. They aim to educate consumers and hobbyists and provide limited traceability through the registration process. Hopefully, they will prevent most people from inadvertently flying where they shouldn't and act as a deterrent for those who might be tempted to stretch things a touch, all the while enabling the widest use of the technology. However, greater enforcement by the relevant authorities will be required to ensure it works properly."