Government clamps down on unsafe lasers 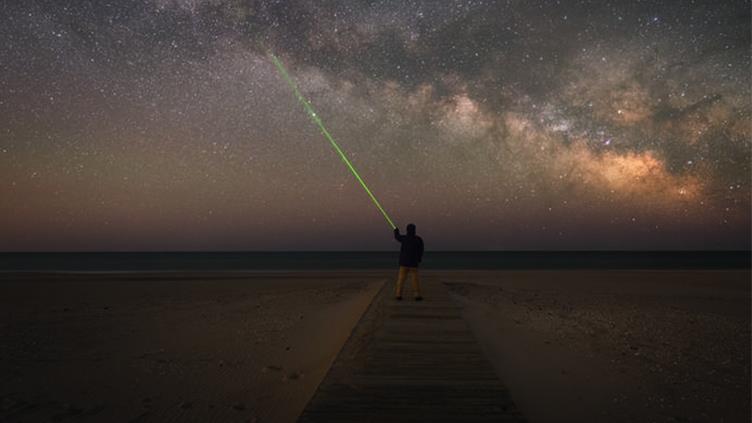 In a response to a call for evidence launched last year following a recent increase in the number of incidents involving the reckless use of lasers, the government yesterday (8 January) pledged additional support to local authority ports and borders teams to prevent the unsafe devices entering and being sold in the country.

In 2016 the Civil Aviation Authority received reports of more than 1,250 incidents in which lasers were aimed at low flying aircraft. Such incidents were most frequently reported at Heathrow Airport, it said.

Shining a laser light into a pilot's eyes can cause retinal damage and temporary blindness.

Ministers have said that local authority port teams will now be offered testing products to help them identify and seize high powered lasers, while labelling will be updated with the power level and instructions not to point at eyes or vehicles.

Policing of online laser pointer sales also will be improved by working with online retailers such as eBay, the government said.

The measures follow the publication of the Laser Misuse (Vehicles) Bill, which the Department for Transport (DfT) launched on 20 December 2017.

Under the bill, which has its second reading today (9 January), people who target transport operators with laser devices could be jailed for up to five years and face unlimited fines. It will also make it easier to prosecute offenders by removing the need to prove an intention to endanger a vehicle.

The list of vehicles protected by the new legislation will be expanded beyond airplanes to trains, buses, boats and hovercraft.

The British Transport Police said laser beam attacks against the rail network are a concern. Some 578 laser incidents were recorded between 1 April 2011 and 30 November 2017, an equivalent to about 96 per year.

Aviation minister Baroness Sugg said: "Lasers can dazzle, distract or blind those in control of a vehicle, with serious and potentially even fatal consequences. The government is determined to protect pilots, captains, drivers and their passengers and take action against those who threaten their safety."

Brian Strutton, general secretary of the British Airline Pilots Association, added: "The [DfT] recently announced the introduction of new tougher laws for those who shine lasers at aircraft. Now the tougher restrictions on importation should hopefully stop high-powered lasers reaching the hands of those with ill-intentions in the first place."