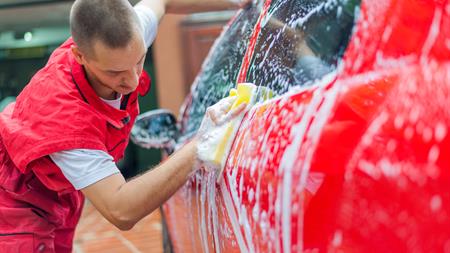 Last November the House of Commons Environmental Audit Committee released its findings after an inquiry into the hand car wash sector highlighted "shocking" safety violations, including the death of a worker housed in unsafe accommodation, cases of trench foot, and chemical burns from prolonged exposure to cleaning agents.
In order to eliminate "widespread and flagrant rule breaking" in the hand car wash industry, the committee had recommended that the government trial a licensing scheme that encompasses all major areas of compliance, including environmental pollution, to create one legal requirement that is easy to enforce.
The government last week issued its response to the report. It noted that, while licensing can be a "valuable tool" in stopping exploitation and abuse, a "voluntary pilot approach" would be more favourable.
It said: "Changes to the current licensing regime should be informed by an assessment of the full evidence to better understand the threat of exploitation in different sectors and the full range of options to tackle it, including the most appropriate regulatory approach.
"The government believes that this can be better achieved by a voluntary pilot approach that brings together relevant partners over a compulsory trial licensing scheme."
It said that instead it would monitor a voluntary hand car wash pilot scheme that is currently underway in the Midlands.
The Responsible Car Wash Scheme was launched last October by the Downstream Fuel Association alongside the Gangmasters and Labour Abuse Authority, the Health and Safety Executive (HSE), the Car Wash Association and other government agencies. It has support from Asda, Morrisons, Tesco, Sainsbury's and Waitrose.
Car wash operators that sign up to the scheme and pass an accreditation audit will be able to display responsible car wash operator logo, which customers will associate with businesses that look after their workers and trade legally.
The government added: "The [Responsible Car Wash Scheme] will be evaluated to allow us to more thoroughly test existing regulation and legislation in order to understand where the gaps are and to help inform future decisions, including considering the scope for rolling the scheme out more widely."
Chair of the Environmental Audit Committee, Mary Creagh MP, said: "Our highly critical report into hand car washes found widespread and alarming breaches of planning, employment and environmental laws.
"There is more to do on tackling labour exploitation. This should have been addressed by adopting our recommendation of a trial licensing scheme. It is disappointing that ministers have opted for a pilot approach that is voluntary.
"With so few minimum wage prosecutions despite the exploitation of workers being commonplace, the government must send a strong message to car wash operators that such practices are illegal and that it will not turn a blind eye."
Topics:
Compliance
Regulation/enforcement
Violence at work
Sector: Central government
Transport and logistics
News