Goodyear fined $1m over deaths at US manufacturing plant 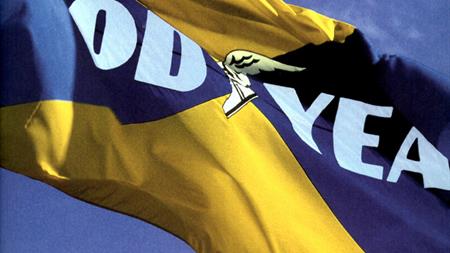 The Virginia Department of Labor and Industry said that its Virginia Occupational Safety and Health (VOSH) programme cited four "wilful" and 115 "serious" violations and $1,012,400 in penalties to the multinational tyre manufacturer earlier this month as a result of comprehensive site inspections.

Four workers have died in accidents at the plant since August last year.

Jeanie Strader was killed on 31 August 2015 after she was drawn in to unguarded machine rollers, Kevin Waid Edmonds was crushed to death between a wall and a pallet on 31 March 2016, and Charles Cooper died from burns and drowning after he fell into a 2 m deep pit of boiling water and oil on 12 April 2016.

VOSH launched inspections following the two latter incidents however, before these were completed, employee William Scheier was caught in a machine and died.

The serious violations include instances of improper machine guarding and violations of lockout/tagout requirements to protect workers who are exposed to hazards while servicing or repairing machinery, the state Department of Labor and Industry said.

Around 2,200 employees work at Goodyear's Danville facility, which manufactures aviation and specialty tyres.

Commissioner C. Ray Davenport said: "While the citations and penalties issued in the inspections to date indicate that very serious problems appear to have existed for an extended period of time at the plant, the department intends to work closely with Goodyear, the United Steelworkers [of America Union which represents workers at the plant] and site employees and managers to enhance the site's safety and health management systems and workplace culture."

According to local newspaper Richmond Times-Dispatch, the company is contesting the citations and penalties, which it has 15 working days to do.