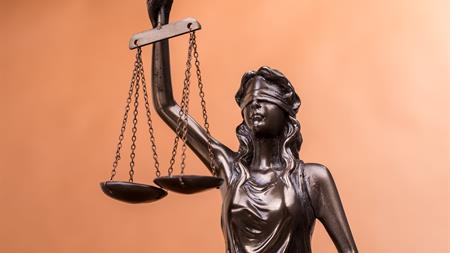 Douglas Johnstone, 56, sustained a fatal brain injury while he was working at the Hinckley Golf Club in December 2013.

Leicester Crown Court was told that Johnstone was believed to have been using a chainsaw to clear a heavy branch that had broken off a poplar tree during a storm and was lying in an unstable position across several smaller trees.

He died alone at the scene and his body was found by a colleague the morning after the accident, on 28 December.

An environmental health officer from Hinckley and Bosworth Borough Council investigated the accident and found Johnstone was not trained to operate a chainsaw, that he was not wearing a safety helmet and had been working alone at night.

According to the specialist magazine Golf Punk, the club believed Johnstone was qualified to use the saw based on information he had provided in his job application. Judge Martin Hurst reportedly criticised the club for failing to carry out pre-employment checks with the worker's two referees at Wentworth and Pinner golf courses.

The judge said the accident was a product of the club's "systemic failure to deal with health and safety" but acknowledged it has taken "substantial steps" to improve procedures.

Hinckley Golf Club denied three charges under the Health and Safety at Work Act of failing to: implement a safe system of work for the management of trees; carry out a proper risk assessment; and train its workers in the use of equipment, namely chainsaws, between January and December 2013.

However, the jury reached a unanimous verdict in May earlier this year and found Hinckley Golf Club guilty. Sentencing was adjourned until 27 July, when the club was fined £75,000 and ordered to pay a further £75,000 in costs.

The club is run by volunteers on a not-for-profit basis and has an annual turnover of £1m.

Councilor Kevin Morrell, executive member for environmental services at Hinckley and Bosworth Borough Council, said: "This case serves as a reminder to any organisation run by volunteers that they have the same health and safety responsibilities to their employees as any other business."