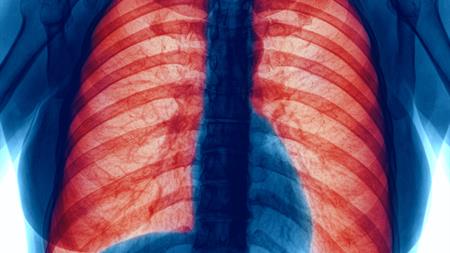 The estimated global total for fatal occupational accidents and work-related illness is 19% higher than the 2.33 million estimated in 2014, reflecting the inclusion of respiratory cases caused by chronic obstructive pulmonary disease (COPD) and work-related asthma, which was missing from the 2014 report.

Work diseases account for 2.4 million (86.3%) of the total estimated deaths in the latest report, which was compiled by the Ministry of Health and Social Affairs in Finland and the Workplace Safety and Health Institute (WSH) in Singapore with the support of the ILO.

The report update released at this week's World Safety Congress in Singapore was produced for the ILO and uses the same methodology as the 2014 study, so that the estimated numbers can be compared.

The number of non-fatal occupational accidents is estimated to be 374 million a year, a significant increase from 2010. However, the main reason for this was that a lower under-reporting estimate was used for the previous figures.

The research team behind Global Estimates of Occupational Accidents and Work-related Illnesses 2017 drew on a wide range of sources to estimate the burden of injuries and illness at work, including data provided by international and regional organisations, such as the ILO, the World Health Organization (WHO) and the European Union on behalf of member states.

The main contributor to the work-related death total is Asia, accounting for around two-thirds of estimated deaths; Africa and Europe contribute less than 12% apiece to the figures. The researchers believe China and India have the highest work fatality totals, partly explained by the size of their populations.

Estimates of occupational accidents drew on 2014 data and work-related diseases were based on 2015 data.

The report uses data from the WHO's Global Burden of Disease (GBD) to estimate fatal work-related disease as this is the only data source that covers all the diseases in the world. The GBD uses seven categories, including circulatory diseases, respiratory diseases and malignant neoplasms (cancers).

As fatal diseases that are work-related are not listed separately in the GBD data, the researchers used attributable fractions (AF), defined as "the fraction of a disease [or injury] which would not have occurred had the exposure factor been non-existent in the population in question".

Using new AF data to estimate the respiratory cases caused by COPD and asthma and considering the previous underestimation of COPD-related cases, the researchers found that there has been an increase in global respiratory diseases since 2014. Respiratory diseases are among the top three illnesses, accounting for 17%, after circulatory diseases (31%) and malignant neoplasms (26%).

The number of fatal occupational accidents was estimated from the 2014 frequency rates of fatal accidents (fatalities per 100,00 workers) from selected ILO member states that had reported their accident data in three economic sectors. For countries whose fatal data was unavailable, the WHO regions were used where states of similar income structures were grouped into seven regions.

Compared with the previous figures, there was rise in the number of occupational accidents for all the WHO regions except for the high-income countries and low and middle-income countries of the European region. Asia had the highest number of fatalities among the United Nations geographical regions and accounted for more than 70% globally.

Non-fatal occupational accidents (incidents that lead to at least four days of absence) are not usually reported by most countries outside the EU and were estimated by using lower and upper limit estimates. The lower limit of 0.14% was obtained by averaging the proportion of fatal and non-fatal injuries of the EU 15 countries except Greece. The upper limit of 0.08% was obtained using the same approach from Finland, France and Germany.

The European Agency for Safety and Health at Work (EU-OSHA) estimates that work-related ill-health and injury cost the European Union 3.3% of its GDP every year, which equates to €476bn (£435bn).