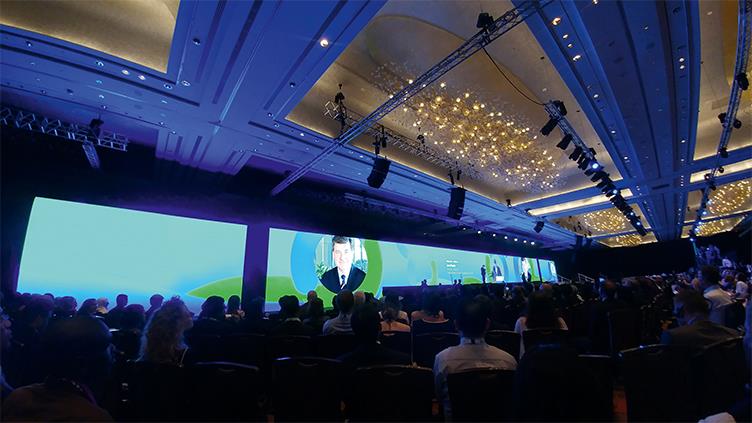 Andragogy, digibesity, people-centred safety; even to those with English as their first language, the global gathering of OSH practitioners in Singapore offered some potentially novel terms.

Almost 3,500 delegates from more than 80 countries attended the 21st World Congress on Safety and Health at Work in Singapore's Marina Bay Sands Convention Centre from 3 to 6 September.

The opening session saw the launch of what is believed to be the world's first global safety and health campaign. The Vision Zero initiative, developed by the International Social Security Association (ISSA), aims to reduce occupational accidents and disease with the aim of reaching zero harm (http://visionzero.global).

The first campaign signatories included Hitachi, Rolls-Royce and Siemens and ISSA hopes they will be joined by thousands more organisations. The initiative was supported by the World Health Organization, the US safety regulator OSHA and the International Association of Labour Inspection (IALI), as well as IOSH. 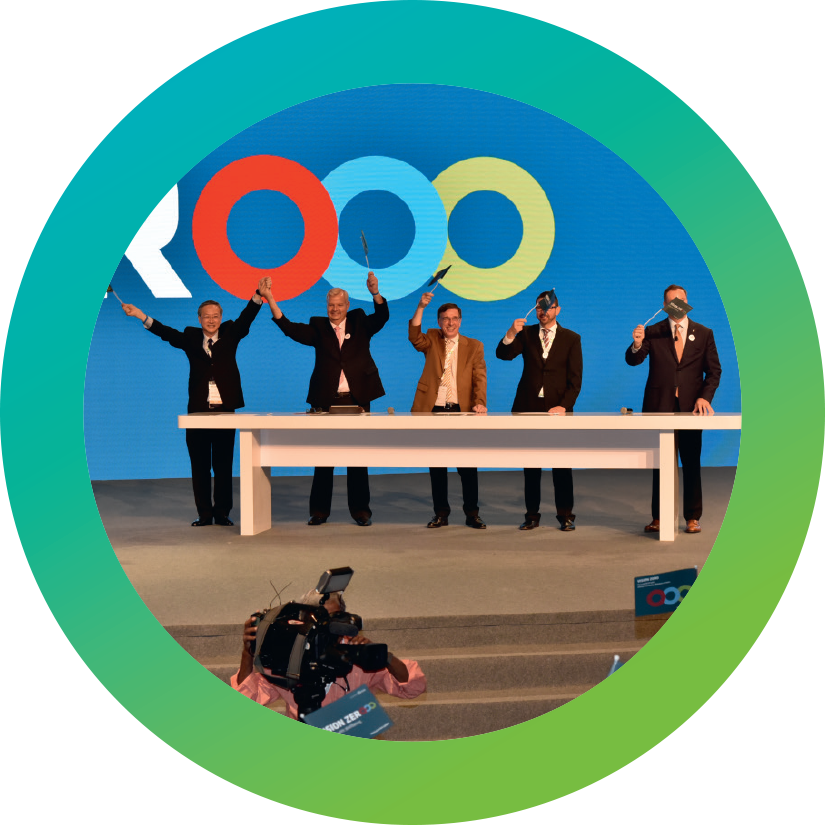 "I had never heard of people-centred safety before the congress," Myers admitted, "but it captures an important concept." Involving workers in developing OSH controls was vital because they can tell if it's workable and if it's working."

Ensuring OSH training is effective was the topic for one of the congress's first symposium sessions, chaired by IOSH director of strategic development Shelley Frost.

In answer to a question about the importance of accreditation, Frost said it was a good place to start in finding the right trainer, but not the whole story. "Treat it no differently to anything else you procure," she advised. "Investigate the market. The due diligence process is very valuable -- get references."

Nicholas Bahr, global practice leader at Dupont Sustainable Solutions, added that, though finding the right trainer was important, it was also crucial to evaluate the training system they proposed to use and to follow up afterwards.

He explained that when he worked for the US space agency NASA, courses were verified by interviews with the individual and their supervisor six weeks later, to see whether the training had prompted a change in behaviour.

Professional trainer Regina McMichael described the challenges of organising a behavioural safety programme for managers in a third-sector organisation in 80 countries. Most of the trainees were long-serving and some had been with the organisation for more than 3o years, she said. "So we had to overcome that 'we've always done it this way' attitude."

The solution, she said, was to make sure the board members were trained alongside their lower ranked colleagues and also to ensure they could actively participate: "They told us what the answers were rather than us telling them. Even in countries where they are more used to lectures we had amazing participation."

The course, which will now be extended to all the organisation's 6,000 staff, was adjusted by only 10-15% to allow for national cultural differences.

Brazilian academic Caroline Passuello introduced the idea of andragogy, which is adult tuition, in contrast to pedagogy which applies to children.

"Sometimes we are trying to teach adults using the same methodology [as for children]," said Passuello, "but we have to consider people's experiences and ideas." 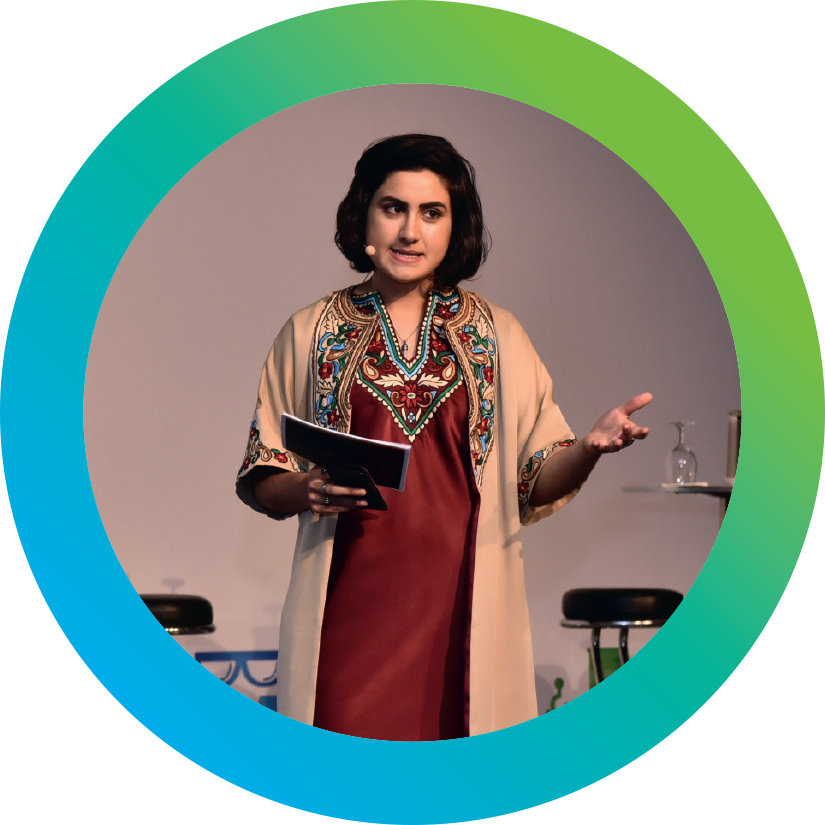 Protecting young workers was one of the congress's themes and the organisers invited 124 youth champions aged between 18 and 24 from all over the world to attend and to work with OSH practitioners to develop ways to engage with people at the start of their working lives.

"Young people are expected to be influenced by policies rather than to influence them," Samar Mezghanni, one of the United Nations' young leaders promoting its sustainable development goals, told delegates. "They are expected to work for adults, not with them. But that is changing.

"Collaborating with young people does not undermine your expertise," she added. "It validates it."

The youth champions were tasked with working in groups to create prototypes of tools and educational resources to promote safety. One of those chosen for further development was a joint effort by students from Australia, Myanmar, Nepal and Peru. "Safety superheroes" was a proposed animated broadcast series for children to prime them for workplace risks. In the short dramas, workers in peril are rescued by crusaders who explain unobserved dangers and explain how they could safeguard themselves in future.

In a session on OSH in global supply chains, David Walters, professor of work environment at the University of Cardiff, gave an overview of research into standards for remote suppliers.

"Relying on the supply chains and their internal dynamics alone probably isn't going to take us very far in development," he said. Only legislation, strong inspection regimes and pressure from non-governmental organisations (NGOs) could be shown to have helped ameliorate working conditions. 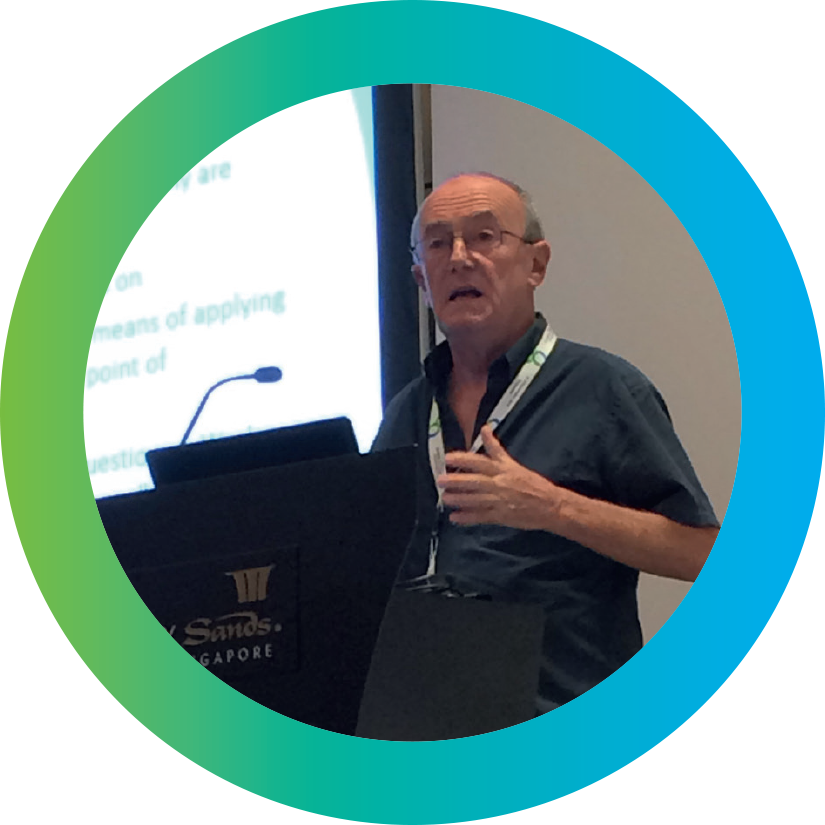 More detail was needed on complex chains in poorer countries, he said, particularly those that rely on suppliers in the formal and informal sectors, but it was hard to get information from the furthest reaches of international chains. "It's challenging, it's complex, but it's necessary," said Walters.

He was followed by International Labour Organization project co-ordinator Lou Tessier, who gave examples of conditions at the end of these supply chains, describing her study of lychees sourced from Madagascar. "We are talking about people who go 5 m up trees to pick fruit without protection," she said. "We can't just place [safety] requirements on smallholders and expect them to get there on their own."

Ayi Farida of the US-based NGO, Pact, described its work in Indonesia working with small-scale metals mining. Mining divides between large organisations, most of which have good industrial safety standards, and the medium scale (small businesses using dump trucks and excavators) and artisanal miners, "where all you need is a shovel and a strong back".

The artisanal and medium-scale enterprises -- which comprise an estimated 100 million people globally -- share a high level of risk, Farida said. She had visited the Democratic Republic of Congo (DRC) where artisanal miners dig holes and tunnels to excavate tin and tantulum, much of which ends up in mobile phones. She said the risks came not just from the work in excavations but from the radioactive dust inhaled by workers at the domestic scale smelting operations and fumes caused by melting PVC pipes in the middle of villages to make tin panning bowls.

Pact's work in these communities, supported by companies such as Apple, whose products depend on the supply of the metals and minerals mined in the DRC, included providing visual standards for safer excavations and provision of basic protective equipment such as ear defenders and boots.

The fourth industrial revolution and its OSH implications were the theme of a seminar on the second day of the congress. Marie Defrance of French safety research institute INRS reported on the results of consultations with 100 experts on the digital economy about the world of work in 2040. One scenario, said Defrance, involved the continued mechanisation of manufacturing and retail, automating 47% of jobs and leaving only "tertiary" work in areas such as home care and logistics for the unskilled.

In some areas automation could reduce risk, she suggested, giving the example of robots assisting carers in lifting patients. On the other hand, if humans were expected to keep up with robots' working pace, new hazards would be created.

Dr Hector Upegui of IBM offered an insight into the power of machine learning, citing the ability of the IT giant's Watson supercomputer to respond to medical queries by returning the most useful material from 3,469 text books and 61,540 clinical trials in three seconds.

"Imagine if you had all that data available in your daily work to assist your decision making," session chair and ISSA secretary general Hans-Horst Konkolewsky asked delegates.

Sergio Iavicoli, of Italy's works compensation authority INAIL, described the organisation's use of "big data" to aggregate information on commuting accidents in the country's major cities to identify geographical hotspots and risky periods. The researchers could combine these with data on drivers' mobile phone usage or internet activity at the time of an accident to further refine the analysis, he said.

Marc de Greef, managing director of the Belgian consultancy Prevent, introduced the term digibesity to describe an excess of digital media created by "always on" devices such as laptops and smartphones. "We should be allowed to unplug and take digital vacations," said de Greef. A digital detox reduces stress, improves concentration and helps restore a normal sleep pattern.

The 22nd World Congress on Safety and Health at Work is due to take place in Toronto, Canada, in 2020.

Here's a selection of the winning media productions to watch

A "vlogger" attempts to make safety fashionable in a piece to camera (Parachute, Canada.)

Safety, Your Word Your Life