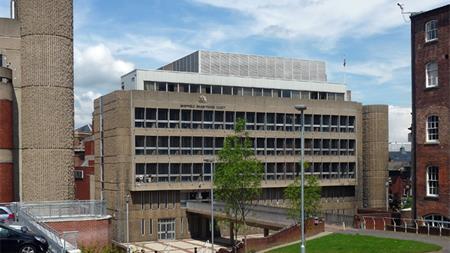 The fitter was working for HPAS (which trades as Safestyle UK) installing a first floor rear bedroom window at a property in Doncaster, Yorkshire.

On 1 March 2017 the ladder, which had not been footed or tied to a suitable point, slipped and the worker fell more than 3 m. He sustained a broken knee cap which required surgery, Sheffield Magistrates' Court was told.

An investigation by the Health and Safety Executive (HSE) found the company routinely put staff at risk by not ensuring they fitted windows from the inside wherever possible.

Additionally, it did not have a system of monitoring or supervision in place and operatives were left to their own devices.

According to the Glass and Glazing Federation's Code of Practice for Working at Heights in the Domestic Replacement Window Industry, "as much work as is possible should be carried out from inside the building using window hoists or supports. For example, tasks such as drilling, knocking out, sawing and pulling should, so far as is reasonably practicable, be carried out from inside."

The HSE served an improvement notice against Safetstyle UK on 27 April 2017 over its failure to "implement an effective system to ensure that window installations, which involve work at height, are properly planned, appropriately supervised and carried out in a manner which is so far as reasonably practicable safe".

HPAS was fined and ordered to pay £1,083 in costs after it pleaded guilty to breaching reg 4(1) of The Work at Height Regulations.

HSE inspector Stuart Whitesmith said the accident was "preventable" had the right precautions been put in place. "Such precautions include having effective and enforced safe systems of work, whereby windows are installed internally where possible, or by using suitable access solutions which provide edge protection, and having a formal system in place to ensure works are appropriately supervised," he said.

In its 2017 annual report, published only 13 days before the judgment, Safetstyle UK plc anticipated a fine of between £550,000 and £2.9m but noted that because the final penalty could not be stated the management made no provision in the company's accounts.