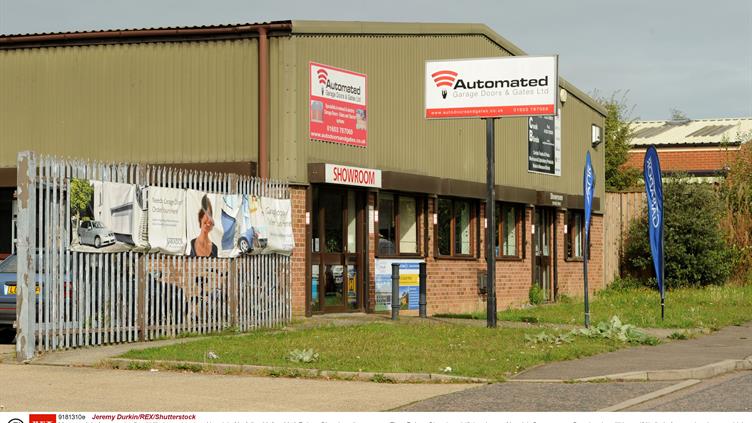 Automated Garage Doors and Gates employee Robert Churchyard installed the electric metal sliding gate at Jill Lunn's home in Blofield, Norfolk, in March 2013. It was designed to be operated both automatically and manually.

On 17 April Lunn attempted to shut the gate by hand when it failed to close behind her. However, a stop device had not been fitted to prevent it sliding off the track. It fell on her and she sustained fatal injuries.

A joint investigation by Norfolk Constabulary, Norfolk County Council's Trading Standards team and the Health and Safety Executive (HSE) found that Churchyard had not provided Lunn with an instruction book or operating manual for the gate.

In addition, a complete technical file, which demonstrates how the gate meets the necessary safety standards, had not been produced as part of the installation. Generating the file is a legal requirement and would have identified the safety deficiencies in the installation.

A simple "shoe" stop, or bracket installed at the end of the track for the gate to slide into would have prevented the accident from happening, Norfolk Constabulary said.

Churchyard had claimed that he had installed a stop and accused Lunn's family of removing it. This was rejected by the jury.

Churchyard denied manslaughter by gross negligence but was found guilty last month and sentenced to three and-a-half years in prison at Norwich Crown Court on Monday (30 October). He was found guilty of breaching safety regulations at a separate trial last year.

Automated Garage Doors and Gates pleaded guilty at an earlier hearing to three charges under reg 7 of the Supply of Machinery (Safety) Regulations. The company was also sentenced on Monday.

Detective Sergeant Darren Reade from Great Yarmouth CID, who conducted the police investigation, said: "If Churchyard had undertaken all the safety work expected of him then [Lunn] would have been protected from the gate breaking in such a way."

Trade association Door and Hardware Federation (DHS) said this is the first time an individual has received a custodial sentence for an incident involving an unsafe automated gate.

Its general manager Michael Skelding said the case "serves as a stark warning to everybody involved in the automated gate sector that they must ensure all doors and gates are checked for safety against current standards and regularly maintained by properly trained specialists".