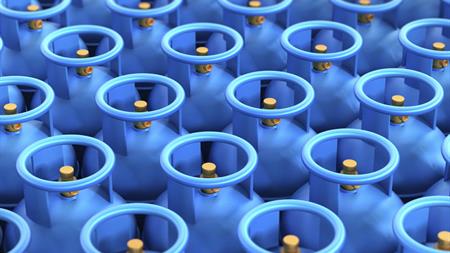 On 6 January 2017 an employee had opened the pressure relief valves on several gas cylinders he had been asked to decommission and dispose of, to release any oxygen that remained inside.

One of the valves was stuck and the injured worker, with help from a colleague, used a hammer to open it. As they did so the cylinder and valve separated violently as gas inside the vessel was released.

The cylinder fired into the workshop and hit two employees, seriously injuring them. One broke both his legs, while the other sustained one broken leg and extensive nerve and tissue damage. Both men needed operations and spent several weeks in hospital. One has not been able to return to work.

HSE inspector James Harvey said: "This case highlights the serious risks posed by gas cylinders and how the correct disposal as well as cylinder handling and storage is fundamental to ensuring safety."