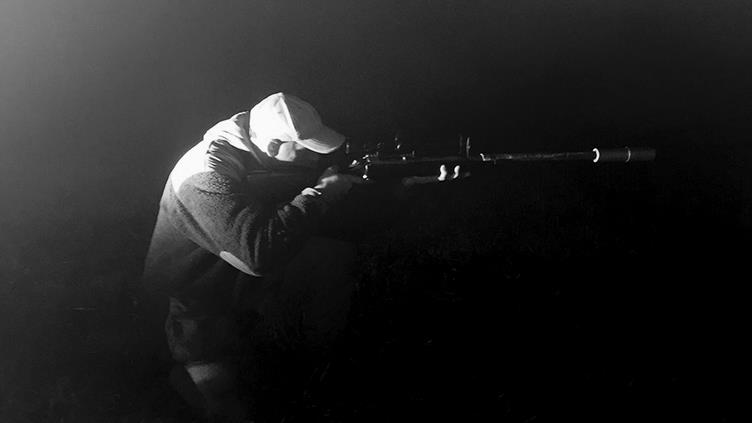 I did many operational tours during my 25 years' service. One of the main reasons I got into safety after leaving the army is because everything in the military is about safety: you check, check, check. Your job in the army is to protect your country and it's similar in safety: you go to work to protect people, to keep them safe.

I was a weapons instructor. As soon as I got a rifle, I was aware I could shoot quite well. As an instructor, you can tell quickly whether someone has good hand-eye coordination. It's the same with racquet sports and things like that: at school there are always some people who can't throw straight and some who can.

After I left the army and I was settled in Cambridgeshire, I gained a firearms licence. It wasn't possible to keep a rifle at home while I was in the army: you have to have an approved gun cabinet secured to the wall and I was moving around a lot -- to Germany, Northern Ireland and Iraq. Only the licence-holder can access the cabinet and there are very strict controls. 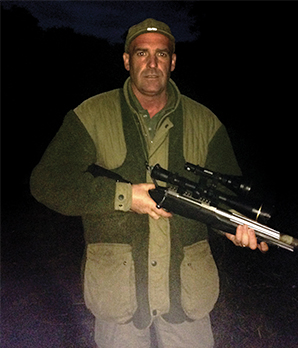 To get a licence, you have to go through various controls, such as medical checks. A firearms officer visits you at home to consider things like whether you have children, whether you live in a built-up area, whether you've got land authority to carry out vermin control. I was also questioned on weapon handling: as with safety management, it's all about competency.

When you are first granted a licence it is generally the case that you are given permission to buy small-calibre weapons before you can own higher-calibre ones. I bought two rifles -- a .22 rimfire and a .17HMR -- and I started doing vermin control.

I'm very strict when I'm shooting, in part because of my military background. Things can go wrong, so you've always got to be focused on the job. Mostly I shoot in the evenings, on agricultural land. I might get a call to deal with something in the daytime -- pigeons, for example -- but mostly it's at night, shooting foxes on farmland and so on.

It's strongly recommended that you don't go out alone. Depending on the set-up, there should be two or even three people. 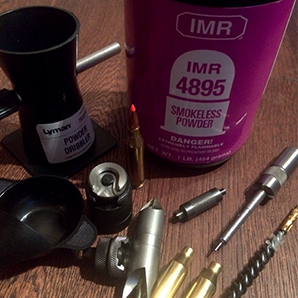 Every night is different. The weather plays a part -- if there are strong winds, for example, you have to adjust your aim to allow for them. You have to establish your line of sight and know whether there are any obstacles.

If I'm shooting on a new piece of land, the first thing I do is a reconnoitre of it in daylight hours with the owner. You don't want to find yourself lost somewhere at 2am!

I've moved on to a .243 rifle now and about three years ago my uncle got me into making my own ammunition (known as reloading). There are a few reasons for doing this. On a licence, there's a maximum amount of ammunition you can hold. Also, factory bullets are accurate, but you might get the odd "off" one. Reloading gives me better accuracy.

As a former guardsman, I relish the attention to detail it requires. You can't rush. There are certainly hazards when you're reloading ammunition because of the extremely flammable powder and the primers, so safety is paramount. I'd always recommend people do a course before they try it; there are YouTube videos on the subject but not all of them are good.

At weekends I'll prep my cases, then I will go and set up. You have to be able to concentrate, so it's doors closed, no noise. I'm a big believer in the idea that if you're going to do it, then you should do it right. It works for me: if I have a target 300 yards away, I'm know I am going to hit it.

If you're interested in trying shooting, it's a good idea to go along to a county fair and try clay pigeon shooting. Shotguns are relatively easy to use, and you'll be given advice on all the dos and don'ts. Some fairs have rifle ranges.