Gaps in the guideline 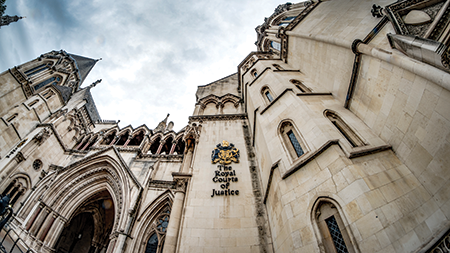 The sentencing guideline for health and safety offences observes that transgressions under the law centre on failure to manage risk. But neither the Health and Safety at Work Act 1974 nor the Management of Health and Safety at Work Regulations 1999 (MHSWR), which contain the requirement for risk assessment, define 'risk'. The sentencing guideline is silent, too.

The prosecution process requires evaluation of the risk. The Health and Safety Executive's (HSE) Enforcement Policy Statement (para 2.1) states enforcement action should be "proportionate to the health and safety risks". At trial, when the defendant organisation is seeking to prove it took all reasonably practical steps to control the risk (s 40 of the HSWA), this entails consideration of the extent of that risk. If convicted, the sentencing guideline requires the court to assess culpability and harm, the latter involving an assessment of the seriousness of harm risked and its likelihood.

So, should the courts have guidance on assessing health and safety risks, or is it merely a matter of 'common sense'?

Although the HSE's guidance on risk assessment is broad-brush, it does make clear that the process involves identifying hazards, considering who might be harmed, and then evaluating the risk. A more detailed approach was set out in the now withdrawn approved code of practice (ACoP) to the MHSWR. This defined hazard as "something with the potential to cause harm" and risk as "the likelihood of potential harm from the hazard being realised", with the extent depending on:

The terms 'hazard' and 'risk' are different and not interchangeable. The courts have grappled with defining risk for the purposes of the HSWA. In R v Board of Trustees of the Science Museum [1993] 1 WLR 1171, the Court of Appeal held that risk was the "possibility of danger".

In the House of Lords case R v Chargot [2008] UKHL 73, Lord Hope said: "When the legislation refers to 'risks', it is not contemplating risks that are trivial or fanciful." He added: "It is directed at situations where there is a material risk to health and safety, which any reasonable person would appreciate and take steps to guard against."

There is no judicial guidance on how risk should be evaluated, nor any warning to differentiate between 'hazard' and 'risk'.

Another word for 'likelihood' is 'probability'. The probability of winning the National Lottery jackpot is one in 45,057,474. It does not matter how many people win the jackpot; the probability remains the same. Consequently, the fact that there has been a workplace accident does not change the probability of one occurring; neither does it, in itself, change the evaluation of the risk. Therefore, the phrase sometimes used by judges when sentencing of "an accident waiting to happen" is unhelpful. Statistically speaking, all accidents have been waiting to happen.

The psychologist Daniel Kahneman, renowned for his work in risk perception, argues that we estimate the probability of something happening based on how easily we can recall other instances to mind, rather than on how often it occurs.

In his book Thinking, Fast and Slow, he writes: "We are prone to overestimate how much we understand of the world and to underestimate the role of chance in events. Overconfidence is fed by the illusory certainty of hindsight."

Most prosecutions arise from a serious accident or fatality. This might lead to a perception of the risk that is unrealistic.

It is not uncommon for the prosecution and the defence to rely on expert evidence in health and safety cases. Sometimes the risks can be understood easily and the correct control measures considered. At other times, the risks involved are complex and the approach to controlling them call for difficult judgements. How are the courts to assess, and the advocates to challenge, conflicting expert evidence if there is no baseline understanding? The approach to the use of statistical evidence is informative.

The incorrect application of statistics by experts in criminal trials has led to miscarriages of justice. In 2011 the Law Commission, in its report Expert Evidence in Criminal Proceedings in England and Wales, identified that advocates tend not to "probe, test or challenge" the underlying basis of experts' opinions, but attempt to undermine their credibility (para 1.21).

Journalist and economist Tim Harford concluded in his article 'Making a lottery of the law': "It is the controversial cases that grab everyone's attention, so it is difficult to know whether statistical blunders in the courtroom are commonplace or rare, and whether they are decisive or merely part of the cut and thrust of legal argument. But I have some confidence in the following statement: 'A little bit of statistical education for the legal profession would go a long way'."

In 2017, the Council of the Inns of Court and the Royal Statistical Society (RSS) jointly published Statistics and Probability for Advocates: understanding the use of statistical evidence in courts and tribunals. The introduction notes that the RSS began work on statistics and the law after a series of court cases in which the interpretation of statistics, particularly by experts who were not statisticians, gave cause for concern.

Statistical evidence may form part of the consideration for evaluating risk (see for example R v Squibb Group Ltd [2019] EWCA Crim 227), but it is not the whole story.

There is no judicial guidance on how risk should be evaluated, nor any warning to differentiate between 'hazard' and 'risk'

Why does this matter?

HSE's Enforcement Policy Statement (para 3.1) states that one purpose of enforcement action is to promote and maintain sustained compliance with the law. Therefore, the HSE will prosecute if it believes health and safety risks are being inadequately controlled. The dispute between the HSE and the defendant organisation can be about the best way to control a risk. If convicted, s 174 of the Criminal Justice Act imposes a duty on the court to give reasons for the sentence.

The sentencing guideline requires an assessment of the risk. It is likely the sentencing judge will explain the reason for that assessment, and what measures could have been taken. This can have far wider implications beyond the prosecution.

The consequence is that, without a proper understanding of risk and its assessment during the court process, there is the potential not only for unfairness but also for disparity between the court's approach and that taken in the workplace. Ultimately, this could have a detrimental impact on health and safety.

Common sense has its place, but guidance comparable to that for statistics would not go amiss.