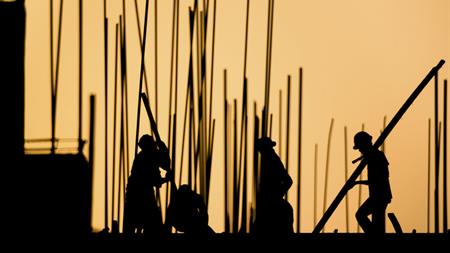 The GLA, to be renamed the Gangmasters and Labour Abuse Authority (GLAA) will also gain direct enforcement powers where it finds workers are being systematically exploited through unsafe working conditions or pay below the minimum wage.

The announcement came in the government's response to its consultation titled Tackling Exploitation in the Labour Market which closed in December.

The GLA was established in 2005 as a non-departmental public body to tackle exploitation of workers managed by labour providers after 23 Chinese cocklepickers working for a gangmaster drowned in Morecombe Bay in 2004.

The agency's scope was limited to agriculture, horticulture, shellfish gathering and associated processing and packaging, where it licenses and inspects labour agencies. It also regulated labour providers in forestry and cleaning contractors in food processing until 2013.

Its enforcement powers have been limited to checking labour providers are meeting required standards in health and safety, training, pay and accommodation. Information on infractions is passed to the police and other authorities for action.

The consultation response says the expanded GLAA will gain "police-style enforcement powers in England and Wales to help it tackle all forms of exploitation in all sectors", not restricted to labour contracted through third parties such as gangmasters.

The government says it is considering resources for the new GLAA as part of the 2015 spending review settlement.

IOSH called for the extension of the GLA's powers in its response to last year's consultation exercise. "We've repeatedly called for the extension of gangmaster licensing to cover additional sectors such as construction, catering and hospitality," said IOSH head of policy and public affairs Richard Jones. "So we are delighted that the government has heeded these calls and that they intend to tackle rogues wherever they're operating."

Previous attempts to extend the regime include a private member's bill tabled in the UK parliament by Labour MP Jim Sheridan in 2009 which would have brought only construction into the GLA's remit.