Gaetano Cristiano CMIOSH, head of QSHE for the UK at Urbaser 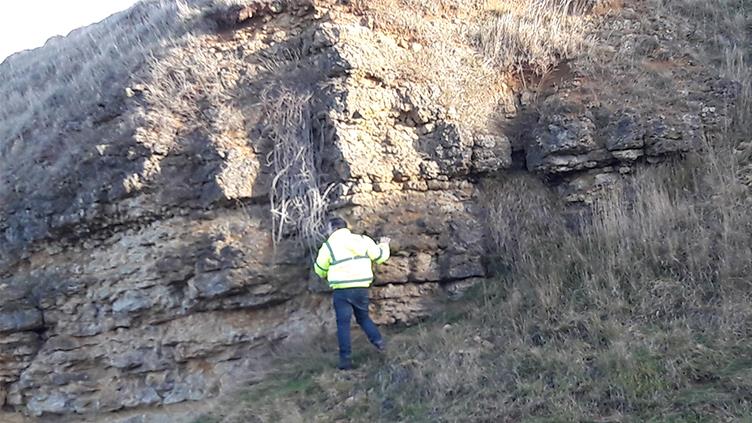 My father wanted me to study law. He was concerned there was no money in palaeontology, and there was always pressure from my family and peers, so I did a law degree. But when I was 26 and living in London, I started a degree at the University of London in environmental science, majoring in geology.

To support myself while I was studying, I took a job in a laboratory that did asbestos analysis, anthrax testing and surveying. I got the job basically because I knew how to use a microscope! After a while I was promoted to head of the laboratory. The increase in salary made it more difficult to think about pursuing a career in palaeontology but I went on to do a postgraduate degree in environmental change to keep my options open.

During this time, I was promoted again to quality manager and head of department; I did ISO 14001; and I got married. It was by then difficult to give up my management role, which I enjoyed. I had two options: to do a PhD or to pursue palaeontology as a hobby. In the end, whenever there was a time in my life when I could have enrolled on a PhD, something happened to stop me -- either I didn't have the time, or perhaps I didn't have the courage at the right moment -- so palaeontology became my hobby. 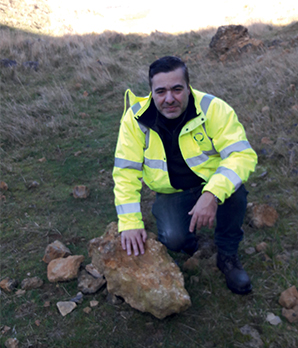 I used to travel to the Dorset coast -- to Lyme Regis or Chesil Beach -- every weekend, looking for fossils. I love the smell of the open air, the smell of the rocks. It's a fascination with things that are old. Most people don't understand it; they will say: "Rocks are so boring." But when you open up a rock and see an organism inside that populated Earth millions of years ago, it's amazing. When I moved to Kent, I started going fossil collecting on the Isle of Sheppey, and my wife and first child would come with me sometimes.

I have three children now and once a month we go to the Natural History Museum. I first visited the museum 17 years ago, and I've probably been 200 times. But every time I go I still have a childlike excitement.

Seven years ago we moved to Cheltenham in Gloucestershire when I took a job in the area. We're surrounded by the Cotswolds, which are hills from the Jurassic period 201-145 million years ago. I live near Cleeve Hill, and I spend a couple of hours there every weekend. What I enjoy most is the excitement of rediscovery: putting the puzzle together; imagining what the environment would have looked like.

If you want to go fossil hunting, the best time is just after a storm when the rocks are exposed 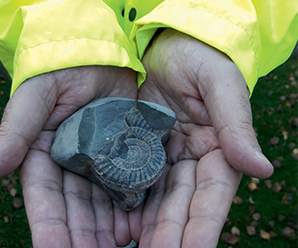 I'm now a QSHE [quality, safety, health and environment] professional, and I use my knowledge of reading rocks and apply it to what I do at work. It's a way of thinking; it's about being analytical. I look at the bigger picture. I look at each facet of a problem to reach a conclusion. I think: Why? How? Where? If you speak to a lawyer, they might think in terms of years and decades; an archaeologist or historian might think in terms of thousands of years. But if you speak to a geologist, they think in terms of millions of years. We look at the whole picture: the people and the environment.

If you want to go fossil hunting, the best time is just after a storm when the rocks are exposed. In Dorset or on the Isle of Sheppey you can easily find something interesting. Exposed bivalves and ammonites are everywhere; it's down to luck what condition they are in and their size.

What is funny is that I have never found anything memorable. Yet, whenever I go with a friend, they always find something. In 20 years, despite my knowledge, my friends or my six-year-old child will just stumble on a perfect trilobite (extinct marine arthropods that first appeared about 540 million years ago).