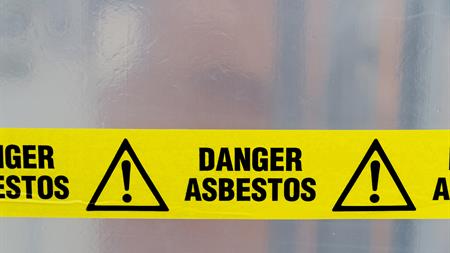 Godfrey-Syrett was sentenced on 21 February, when North Tyneside Magistrates' Court heard it had not introduced an asbestos management plan nor carried out remedial work after a 2003 asbestos survey identified asbestos containing materials at its factory in Killingworth, Newcastle upon Tyne.
An employee raised a concern to the Health and Safety Executive (HSE) in 2017 and a subsequent investigation found the company had failed to take reasonable steps to protect its workers from exposure to the dangerous fibres.
It also had failed to inform maintenance staff of the location of the asbestos to ensure they didn't disturb it.
Godfrey-Syrett was found guilty in its absence of breaching s 2(1) of the Health and Safety at Work Act and reg 4(8) of the Control of Asbestos Regulations. The district judge reduced the fine from £800,000 to £1 because the company was in administration.
For the year ended 31 December 2015, prior to the administration, the company turned over £26.5m.
HSE inspector Ashfaq Ali said: "Unfortunately the company didn't do what the law required and the asbestos in the building was not managed or maintained. This is a real risk and a clear breach of the law which required HSE to prosecute even though the company is in administration."
Topics:
Asbestos
Manufacturing and engineering
News