On the front burner 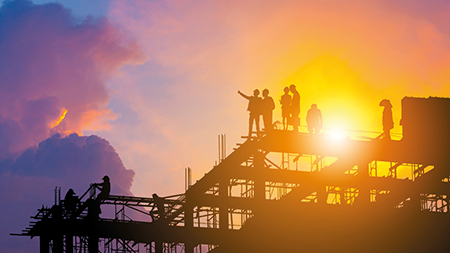 Take a minute to think about who is present on a construction site and the immediate surroundings. There's everyone in the supply chain, including the client, the principal designer, the principal contractor, designers, subcontractors, suppliers and manufacturers, not forgetting site visitors and workers as well as members of the public in the local vicinity, notably children and the elderly.
Next, take into account all the hazardous substances, environments and processes which are associated with construction projects. With such huge potential for property damage and the loss of human life, it is clear that effective safeguards to prevent fires cannot and should not be overlooked.

The construction industry has improved its safety record over the past decade. Even so, the sector still strives to further reduce the number of accidents and fatalities which not only have an impact on workers' lives and those of their families, but also create a significant financial burden and reputational damage, even in instances where there have been no reportable incidents on site. 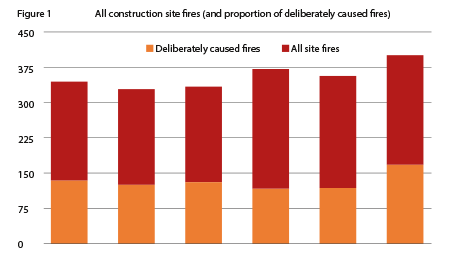 Figures obtained by Construction News (see Figure 1) from the Home Office ( bit.ly/2LfovTq) show that the number of deliberately caused fires on construction sites increased by nearly 43% between 2015 and 2017, despite the rate of new construction work increasing by only 13% ( bit.ly/2Z8SUg9).

These fatalities demonstrate why it is so important to put effective safeguards in place to avoid these tragic incidents.
It is worth noting that, although the number of fires on construction sites significantly increased between 2015 and 2017, the number of fire-related incidents (both specified injuries and over-seven-day injuries) that are reportable under the Reporting of Injuries, Diseases and Dangerous Occurrences Regulations (RIDDOR) has reduced.

A number of guidance documents have been produced demonstrating best practice in terms of reducing the likelihood of fires on construction sites.

They include the HSE's guidance in HSG 168 ( bit.ly/1SzBLWk), which sets out the key principles of fire risk assessment, guidance on fire precautions and an explanation of the relevant legislation; the Fire Protection Association's (FPA) construction site fire prevention on construction sites checklist ( bit.ly/2K0nOkk); and the Confederation of Fire Protection Associations in Europe's (CFPAE) common guidelines ( bit.ly/2y7nCua), which provide examples of acceptable solutions, concepts and models.
The purpose of these documents is to prevent as many fires on construction sites as possible and to reduce the severity of those that do occur. Most fires can be prevented by reducing the number of hazards present, in terms of both potential sources of ignition and the fire load.
Measures can be put in place to achieve this which are not onerous and do not result in major changes to the patterns of work or the processes and procedures that are undertaken. If action is taken early on in the design phase of a project, in most cases there will be no impact on the timescale of the construction process. In the UK, the FPA's document is considered best practice by the insurance industry and if the guidance is not followed this could place the validity of a policy at risk.

Businesses can significantly reduce the likelihood of a fire by taking effective action at several stages. 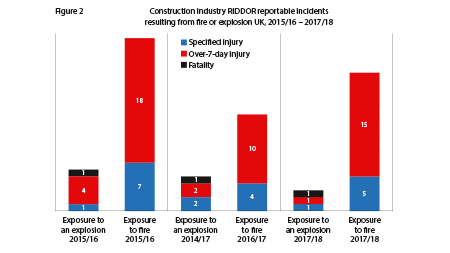 In the concept and design phase, and as detailed in the Mobile Works Directive 92/57/EEC ( bit.ly/2Ytd47e), the client and appointed parties should work together to identify and eliminate hazards and reduce the likely risk from them where elimination is not reasonably practicable. This includes all potential fire hazards which may be identifiable at the design stage.
At this stage of the construction process the following should be considered:

The construction phase is sometimes referred to as the "build phase" in recognised industry guidance, and therefore you may well come across statements such as: "During the build phase the nominated responsible person must take such general fire precautions as will ensure, so far as is reasonably practicable, the safety of his employees and, in relation to persons who are not his employees, take such general precautions as may reasonably be required in such circumstances."

In practice this means that the responsible person or contractor should:

Consideration should also be given to how specialist environments on construction sites such as confined spaces are dealt with.

The use of portable petrol-fuelled generators indoors, or in partially enclosed areas to provide a power source for heating, lighting and other equipment, can put operators at risk of serious illness and death from carbon monoxide poisoning.

This hazard is present from the exhaust fumes of any internal combustion engine, and care needs to be taken to avoid the use of other equipment such as disc cutters, chain saws, floor polishers and pressure washers.

All of this requires the development of an effective fire-safe working culture. This is where everyone is empowered to make sure that the construction site is safe and as free from fire risk as possible. The culture's creation starts at the design stage and is maintained throughout the life of the construction project and extends to ensuring that final delivery is completed and handed over safely.

The seven steps to creating a fire-safe working culture are as follows: 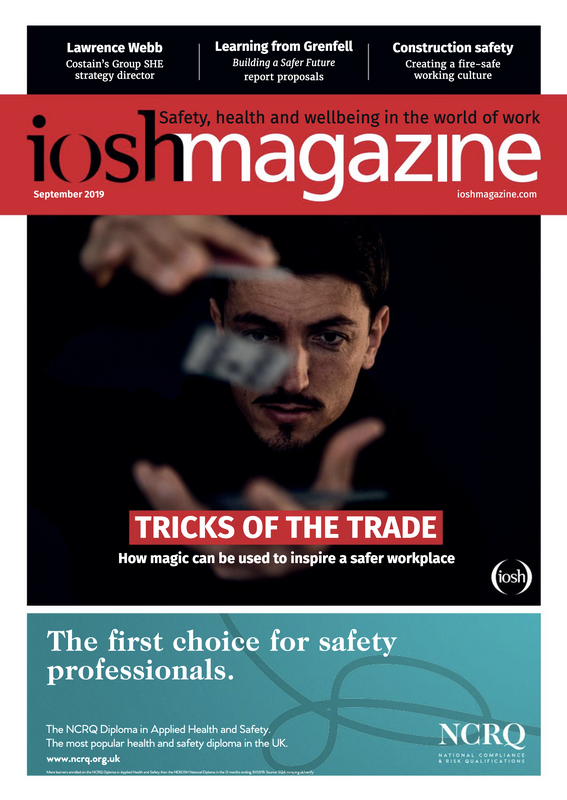