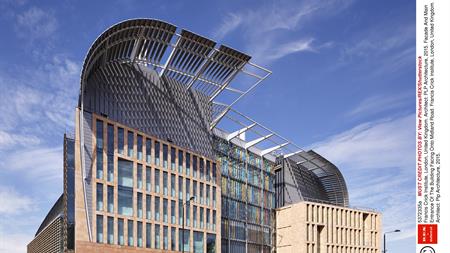 Southwark Crown Court was told that Richard Laco, 31, had been contracted by CMF to work on the construction of the biomedical research centre, which opened last year and where Laing O'Rourke was the main contractor.

On 6 November 2013 he was crushed by a concrete staircase as it was being installed.

An investigation by the Health and Safety Executive (HSE) found CMF had no safe system of work for fitting staircases throughout the project, and it had not supervised the task.

CMF, whose construction portfolio also includes the new Wembley Stadium, the O2 Arena, Lord's Cricket Ground, and terminals 1 and 5 at Heathrow Airport, pleaded guilty to a breach of s 3(1) of the Health and Safety at Work Act. It was fined £185,000 and ordered to pay costs of £20,606.

In its health and safety policy statement, the company notes: "It is [CMF's] policy to ensure the health, safety and welfare of everyone engaged in, or affected by, its activities. In particular it emphasises the need to eliminate hazards before health is compromised and accidents occur."

After the hearing, HSE inspector Stephen Farthing said: "This incident could have been prevented if the company had properly planned the lifting processes before work had begun."