Foundry had no SSoW for bracket casting 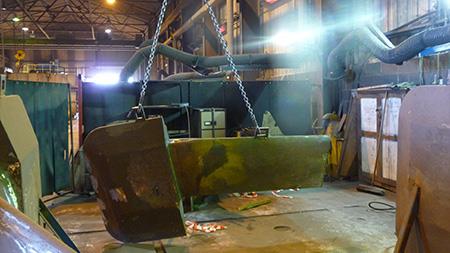 The 57-year-old Bonds Foundry employee was working on a large shaft bracket casting at the former Tow Law site when one of the supports gave way in November 2014.

He spent three weeks in hospital, where his leg was amputated above the knee.

The Health and Safety Executive (HSE) served an improvement notice on Bonds Foundry on 5 January 2015 after its investigation found the company had failed to provide a safe system of work for shaft bracket castings, which are used to support rotating shafts such as those that drive boat propellors.

Durham Crown Court was told the company also had failed to properly risk assess the work and had not adequately trained, instructed or supervised its employees.

In 2016 Bonds Foundry denied failing to protect those working on shaft bracket castings.

However, earlier this month it pleaded guilty breaching reg 3 of the Management of Health and Safety at Work Regulations for not putting in place a "suitable and sufficient assessment of the risks to which employees were exposed when working on shaft bracket castings without the appropriate use of lifting equipment to support the bracket during this work", according to daily newspaper The Northern Echo.