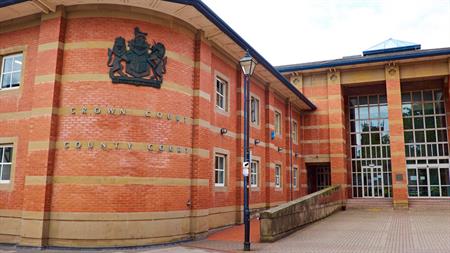 On 23 April 2014, William James was tipping animal carcasses from a compartment of the twin-hinged-door trailer covered with a tarpaulin.

He climbed onto a gantry to roll back the tarpaulin with the intention of tipping out a second load, unware that a pig carcass had become stuck between the compartments.

James mounted the trailer and attempted to dislodge the blockage with a shovel. He was quickly overcome by the toxic gases, which contained hydrogen sulphide and by the reduced oxygen atmosphere.

Two other employees concerned about James' whereabouts entered the trailer and were also overcome by the gases.

Stafford Crown Court heard that John Pointon and Sons was fined £660,000 last year after one of its employees died in 2011 after being scalded in an industrial oven. Another employee had died after inhaling animal carcas gases in a confined space in 2004.

The company, based in Leek in Staffordshire, pleaded guilty to breaching Section 2(1) of the Health and Safety at Work Act, Regulation 3(1)(a) of the Management of Health and Safety at Work Regulations, which requires suitable and sufficient risk assessments, and Regulation 5(1) of the Confined Space Regulations, which state that rescue arrangements must be in place for anyone carrying out work in a confined space.
The company was fined £250,000 and ordered to pay costs of £37,362.