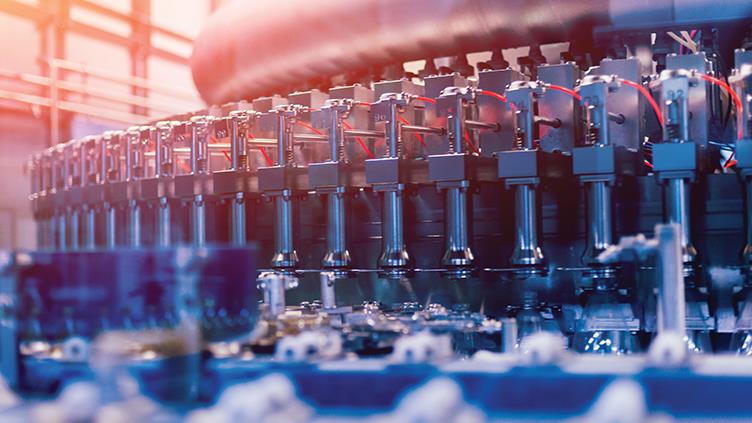 "Quite damning". That was the verdict of Giles Hyder on new research by the Health and Safety Executive (HSE) showing that only half of workers in all business sectors are confident in their employers' competence to manage safety and health. Opening the sessions at the Food and Drink Manufacturing Health and Safety Conference at Nottingham's Belfry on 2 October, Hyder, the HSE's operational policy lead for manufacturing, said that while just 1% of employers surveyed thought their company's management of musculoskeletal disorder risk was poor, this rose to 19% for employees.

He reported that food manufacturers had made limited progress against the 10% year-on-year reduction target for reportable injuries, which was set in the Food and Drink Manufacture Forum's 2016 voluntary common strategy for improving safety and health. Hyder told delegates that over the past year there had been a 3% reduction in reported injuries.

Hyder highlighted the HSE's work with millers, bakeries and other industry stakeholders to encourage greater use of low-dust flour. He said the switch reduced airborne flour dust by 90%. 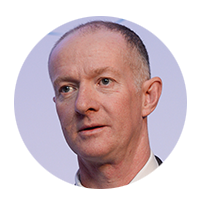 The control of dust flour is one of the HSE's priorities and Hyder said that inspections earlier this year had found around half the premises exposed employees. Dry floor sweeping was another problem, he said; the next round of inspections from October to April 2019 will continue to draw employers' attention to respiratory hazards.

"It just seems a bit crazy that a lot of these places are controlling [airborne dust] at source and then someone is manically sweeping at certain times of the day and it's all ending up in the air, rather than using a vacuum," he told delegates.

Later in the day, Alex Wilson, global occupational hygiene manager at Rolls-Royce and honorary secretary at the British Occupational Hygiene Society (BOHS), outlined a new welding fume control selector, which will be launched on 21 November at the BOHS's London roadshow. 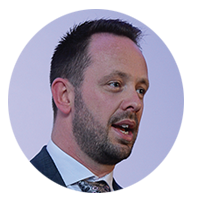 Developed by a panel of experts from industry, consultancies, academia and the HSE, the web-based tool asks a series of task-related questions, for managers and supervisors of welders to answer. The responses shape a tailored instruction sheet describing the best control measures for the workplace.

Sergejs Feklistovs, who joined Natures Way Foods as a production operative in 2008, said that safety and health were not top of the priority list for the east Europeans who make up a substantial minority of the UK's food manufacturing workforce, adding: "They are hostages of their own sometimes unsafe habits and lifestyles."

Feklistovs, a Latvian, identified four stages that led to his adoption of a UK OSH mindset: avoidance, submission, habit and lifestyle. The avoidance stage, he explained, was the most dangerous because it was during this period that a combination of old habits, the language barrier and the psychological shock of living in a new environment, shaped his and others' behaviour.

"At this stage any rules or standards are more likely to be challenged," he said. "This is a time when any manager should be extremely careful and provide the best possible supervision."

He advised managers to remain vigilant even during the second (submission) stage because, although the worker had a better understanding and acceptance of the risks, there would still be a temptation to cut corners, especially when they were not supervised. 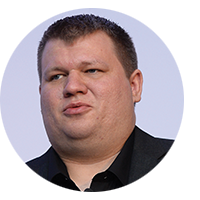 Natures Way's chief operating officer Richard Parr recounted the circumstances of the electrocution of a contractor who had touched a 240 volt electrical cable at the firm's Chichester premises on 2 June 2011.

The company pleaded guilty to breaching two sections of the Health and Safety at Work Act and was fined £170,000 after the incident.

He advised delegates to test their systems continuously to ensure they are fit. "The day before the accident I thought our systems were good and robust," he said. "The day after you are having some serious reflections on how good you thought you were."

Repetitive movements that involve bending and back loading are among the leading occupational health hazards in the food production sector and a significant cause of lower back pain. 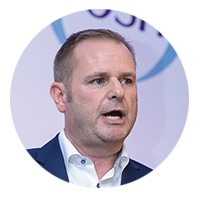 ohn Boyle, head of health, safety, risk and continuous improvement at G's Fresh, gave insights into a small UK trial that the produce manufacturer undertook using exoskeletons supplied by Dutch manufacturer Laevo on two production lines that the company could not automate.

The exoskeletons, which allow wearers to work in bent-forward postures longer than they would manage unaided and to carry out repetitive lifting or bending (see our feature on exoskeletons in June 2017, bit.ly/2mEQgwL), were supplied to two crew members who were part of teams tasked with harvesting baby gem and iceberg lettuce on nine-hour shifts. Part of the team cut the vegetables at the front of a harvesting machine and the rest packed and palletised them at the rear.

"All the workers start off on their feet and then usually within an hour they are on their knees and are on them for eight hours a day," said Boyle. "They will move along the field, cutting. It's a very difficult job."

To compare how the exoskeleton aided the wearers, the trial used wristwatch sensors to capture data on each workers' heart rate and to measure fatigue, force and rate of exertion. Separate sensors, worn on their clothing, measured whether lifts were well or poorly executed. 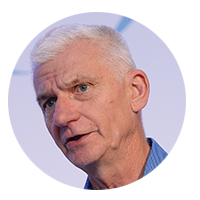 Boyle said that the data revealed that the workers fitted with the exoskeletons completed 66% more lifts than those working unaided. As the workers were able to remain on their feet they also increased their steps by 70% and the VO2 (oxygen intake) per lift decreased by about 28%.

"In essence they did more, using less energy and did it better," he said. "[The worker] was bending twice to cut the product while everyone else was doing one. But the thing for me was how comfortable [they said] they felt with it and how much better they felt at the end of the day".

But Peter Buckle, professor of human factors at the Robens Institute, questioned the use of exoskeletons for managing repetitive work. In the interactive session that followed Boyle's presentation he argued that one of the problems with highly repetitive production lines was that workers had very little control over the work's design.

Buckle said that people are problem solvers and like variation, so they don't respond well to repetitive work. He added it was important to ask "very serious questions" about how the industry was still generating systems that treated people like equipment. 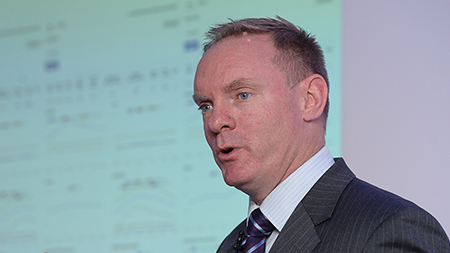 "You are not going to like this, but if I talk about exoskeletons, one of my questions would be, are we changing the way people work to make them work more like machines versus more like the way they would like to work."

Buckle, who is a member of the HSE's workplace health expert committee, said it was important to distinguish between work imagined and work that is done. "One of the problems I have with senior managers is that they think they know how jobs are done or what's going on and they don't," he said.

The best question to ask those on the production line, he suggested, was "If I was doing this job, what would I find difficult?"

The conference coincided with the announcement of the winners of the International Food and Drink Health and Safety Awards.