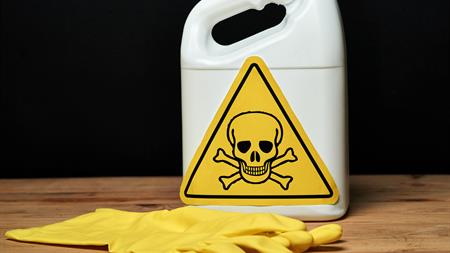 Paul Tilcock had been using an adhesive that contained toxic solvents to fix a bathroom floor at a house in Mitcham, south London. The 30-year-old was found dead on the floor by the homeowner on 4 September 2015.
Altro, the flooring company that supplied the adhesive, admitted that it had failed to ensure so far as was reasonably practicable that the product was safe to use. It pleaded guilty to breaching s 6(4) of the Health and Safety at Work Act and was fined £500,000 at Westminster Magistrates' Court and ordered to pay £34,773 costs.
The main component of the flooring adhesive was dichloromethane (DCM), which poses inhalation risks and is a restricted substance under the Registration, Evaluation, Authorisation and Restriction of Chemicals (REACH) Regulation.
The Health and Safety Executive (HSE) said that the maintenance contractor, T Brown Group, did not have any systems or procedures in place to control the risks to its employees from working in an enclosed space with DCM.
Its investigation revealed that it was left to the employees to decide what type of respiratory protection to wear, or whether to wear it at all.
When Tilcock's body was found, he was wearing a "completely ineffectual" face mask, Westminster Magistrates' Court was told.
T Brown Group was fined £250,000 and must also pay costs of £23,936 after it pleaded guilty to breaching s 2(1) of the Health and Safety at Work Act.
HSE inspector Peter Collingwood said: "It is important that companies have an appreciation of their duties (whether to its employees or its customers) and have effective systems and procedures in place to ensure that those duties are fulfilled."
Topics
Chemicals
Hazardous substances
Personal protective equipment
Construction
Manufacturing and engineering
News