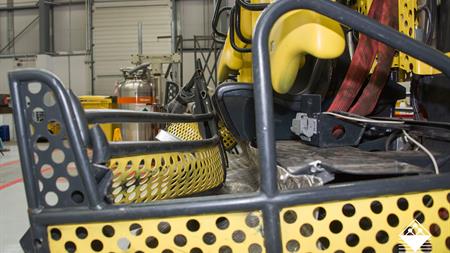 The theme park originally blamed human error for the accident on 2 June 2015. But during sentencing at Stafford Crown Court today Judge Michael Chambers QC said this was not the case, the Press Association has reported. The judge added that the accident could have been avoided if the company had a risk assessment and a suitable written system for dealing with ride faults.

He said: "The defendant now accepts the prosecution case that the underlying fault was an absence of a structured and considered system, not that of individuals' efforts, doing their best within a flawed system."

The Health and Safety Executive (HSE) also concluded that the accident was avoidable. Bernard Thorogood, prosecuting, said engineers had not received the Smiler ride's instruction manual, which states that the rollercoaster should not be operated if wind speeds exceeded 34 mph. According to the regulator, a "near-gale" (45 mph winds) on the day of the crash may have prevented the test carriage clearing one of the ride's 14 loops.

Shortly before the accident the test carriage was sent round the rollercoaster and came to a stop midway, unseen by staff. The computer system halted the ride but engineers believed this to be an error and manually overrode the control system before sending a full car of 16 people along the track and into its path. The court was told that an engineer "felt pressure" to return the Smiler into service.

The prosecution compared the impact of the crash, which left two people needing leg amputations and three others with life-changing injuries, to a 90 mph car accident.

The HSE's found no fault with the track, the cars, or the control system that keeps the cars apart from each other during operation. It said the root cause of the accident was a lack of detailed, robust arrangements for making safety critical decisions. The whole system, from training through to fixing faults, was not strong enough to stop a series of errors by staff when working with people on the ride, it added.

Alton Towers has instituted 30 changes since the crash to improve safety of the roller coaster, which reopened in March. The ride is now closed if winds reach 35mph and access has been improved.

In April, Merlin Attractions pleaded guilty to breaching s 3(1) of the Health and Safety at Work Act. The £5m penalty is third in the ranking of safety fines, after the £15m for Transco for failings that led to the Larkhall gas explosion that killed four people in 1999 and Balfour Beatty Rail Infrastructure Services' £7.5m for failures contributing to the Hatfield rail crash in 2000. Merlin must also pay costs of £69,955.

Neil Craig, head of operations for the HSE in the Midlands, said: "This avoidable incident happened because Merlin failed to put in place systems to allow engineers to work safely on the ride while it was running. This made it all too easy for a whole series of unchecked mistakes, not just one push of a button, to result in tragic consequences.

"Since the incident Alton Towers have made improvements to the ride and its safety protocols, and the lessons learned have been shared industry wide."