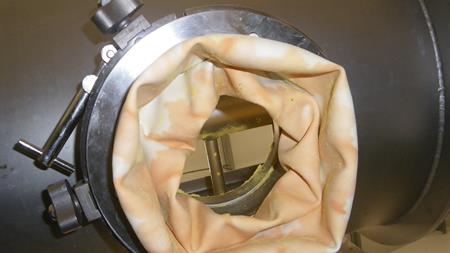 In October 2016, a worker at Frutarom's premises was decanting a part-finished batch of flavouring from a drum into two smaller containers when hydrogen sulphide was released from the liquid being emptied.

Health and Safety Executive (HSE) inspectors found that the business had used the toxic gas, which has been linked to fatalities in the offshore oil and gas, waste and recycling and farming industries, as part of the manufacturing process for several years.

Although the business had issued warnings about handling the chemical in its work instructions, it did not instruct its workers to follow industry standard practices so that the toxic gas was removed safely, even though employees were routinely working with it.

Frutarom (UK), of Riverside Avenue West, Lawford, Manningtree, Essex pleaded guilty to breaching s 2(1) of the Health and Safety at Work Act at Colchester Magistrates' Court on 26 July. It was fined £60,000 and ordered to pay £5,604 costs.

In a separate incident, which was also heard at Colchester Magistrates' Court on the same day, an agency worker lost four fingers in June 2017 after he was able to reach into a mixing machine's unguarded discharge chute and his hand was struck by the blades because there was no fixed guard.

Speaking after the most recent prosecution, HSE inspector Edward Crick said: "Sadly, the company missed probably the most significant hazard associated with the use of the machine and failed to take any appropriate action to eliminate the risk."

Frutarom manufactures flavours for customers in industries including food and beverage, pharmaceuticals and cosmetics in 145 countries.