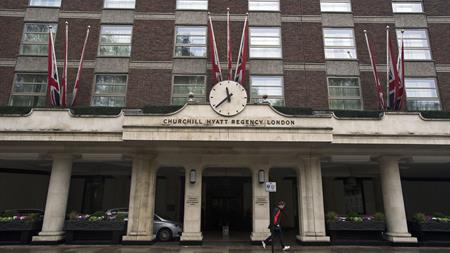 The Churchill Group admitted a breach of health and safety law at Southwark Crown Court on Tuesday (23 April), the Evening Standard reported.

Westminster City Council brought the prosecution against the Churchill Group and the hotel's operator, Hyatt Holdings, after an investigation found the blast was caused by a failure to maintain a corroded gas pipe in the basement over a long period of time.

More than 400 guests were evacuated from the five-star hotel at around 11.40pm on 21 November 2014.
The explosion caused part of the building to collapse and the hotel was closed for more than four months while repair work and a refurbishment were carried out.
The Churchill Group's reported turnover for 2017 was £43.5m for the full year, according to accounts filed with Companies House. Under the sentencing guidelines, "medium" organisations (turnover of £10m-£50m) could face fines of between £1m and £4m for the most serious safety offences.
According to the Evening Standard, Hyatt Holdings previously pleaded guilty to two health and safety breaches after it failed to risk-assess or maintain the pipework.
A two-day sentencing hearing is scheduled to start on 19 June.
Topics:
Fire
Safe systems of work
Catering and leisure
News