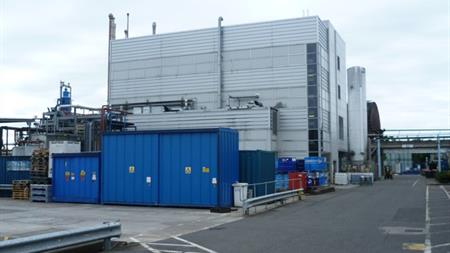 Four people died and a further 92 were infected during the outbreak in 2012.

The source of exposure is most likely to have been a cluster of cooling towers at a site on Wheatfield Road, Gorgie, and the Health and Safety Executive (HSE) served four enforcement notices on three companies during its investigation.

However, it was never confirmed that the disease originated from any of these cooling towers and the Crown decided at the time not to prosecute.

Pharmaceutical research firm MacFarlan Smith was served two improvement notices to thoroughly clean one of its cooling towers and to provide access for inspection and maintenance. The National Museum of Scotland and North British Distillery were each served one improvement notice.

North British Distillery had failed to implement an effective biocide control programme in one of its cooling towers. The firm took all three cooling towers out of operation in response, though the notice only covered one.

Alistair Darling, who at the time was MP for Edinburgh South West, tabled questions in parliament that revealed the HSE had not visited the whisky distillery in the previous five years.

The new charges relate to the maintenance and cleaning of the cooling towers at the premises, which allegedly exposed people to the risk of Legionella between 2009 and 2013.

MacFarlan Smith and North British Distillery, along with chemicals wholesaler Ashland Industries, who also operated at the site, and legionella risk assessment service provider Pera Services and water management company Chemtech Consultancy, have all been charged under the Health and Safety at Work Act.

A date for the trial, which could last up to 12 weeks, has not been set.