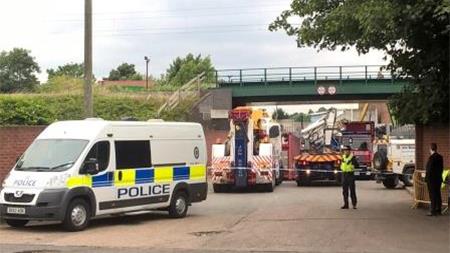 Louise Hunt, senior coroner for Solihull and Birmingham, opened inquests into the five deaths on 20 July and immediately adjourned them, pending investigation by the Health and Safety Executive (HSE) and the police.

The five workers were killed when a 4.5 m concrete wall collapsed on them at a recycling facility in Birmingham.

The wall, at Hawkeswood Metal Recycling's Aston Park Road plant, comprised 1.5-tonne blocks. It gave way just before 9am on 7 July, causing tonnes of scrap metal behind it to fall on top.

The five men were pronounced dead at the scene, while a sixth escaped from the debris with only a broken leg.

The victims, four Gambians and one Senegalese, all holding Spanish passports, were working at the site, which employs dozens of staff, when the accident happened.

The five bodies were recovered from the scene after a two-day operation by emergency services.

Detective superintendent Mark Payne, of West Midlands Police, said the joint investigation between the HSE and the police aims to establish why the wall collapsed.

Payne said: "Clearly we are investigating, together with the HSE, whether there are any issues of negligence or malpractice that have contributed to that wall falling down.

"You can imagine it's a very difficult and complex scene and we're working to try to understand exactly how that wall came down."

Payne's colleague, detective inspector Harry Harrison, said: "Documentation has been seized from the company offices and statements taken from those on site at the time. Liaison with the Crown Prosecution Service has commenced."