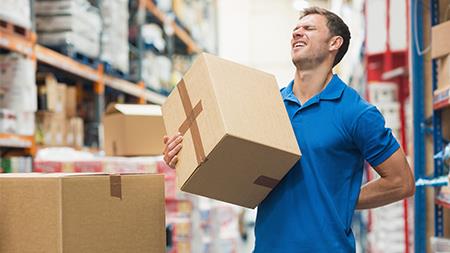 The annual survey by the manufacturers' organisation of member companies found that most employers are choosing not to refer employees who have been off work for four weeks or more for a voluntary occupational health assessment.

The EEF's latest data also shows there has been little change in sickness absence rates among member organisations for the past eight years.

Employee Health -- Making Industrial Strategy Work for Britain published today found that while 77% of the survey's 264 respondents are aware of the free Fit for Work assessment, only 5% (14 employers) have used it. This is almost the same proportion as the previous survey conducted in January 2016 when the EEF first assessed the impact of Fit for Work on its members five months after the service was rolled out at the end of July 2015.

The latest survey found that 46% of those who are aware of the service and would consider using it have yet to refer any employees. This compares with 54% in the 2015 survey.

The manufacturers' organisation also found that a quarter of respondents (24%) would not use the Fit for Work service at all, an increase from 18% the previous year. An equal number said they would use it. Larger companies were less likely to use the service, reflecting the fact that 51% already had satisfactory access to some form of occupational health service offer.

Small-to-medium-sized enterprises (companies with 250 or fewer employees) were identified as the group that would have least access to occupational health services and would benefit most from using the service.

The survey found that on average 3.9% of employees in SMEs are off for a period of four weeks or more. Almost half (48%) who were aware of the service said they would consider using it but EEF questioned why they didn't.

The manufacturers' organisation suggested that a lack of engagement by the government with both employers and GPs about the service and a lack of financial incentives to encourage SMEs and larger companies to pay for interventions (including medical treatments) recommended by the service when they could rely on the NHS could be key factors.

More than a third (36%) of employers rely entirely on the NHS to provide medical treatment for their employees, the survey reported.

"Companies are clearly not persuaded of the benefits of using [the service], either because they already have some form of occupational health provision or, they are content to rely on the NHS," said Terry Woolmer, head of health & safety policy at EEF.

"[The government] needs to review its work and health priorities as part of the development of the wider industrial strategy. This would help improve the productive potential of the economy and reduce the burden on an overstretched NHS."

The EEF found that only three of the 14 companies that had made employee referrals to the service agreed that the assessment had helped the employee make an earlier return to work. Of the few return to work (RTW) plans issued, only a handful specified medical treatment.

In March, Dr Lucy Goundry, Fit for Work's medical director, admitted there were no measures of how many people the service had helped back to work early except anecdotal evidence from employers and testimonials from those referred for assessments.

The EEF argues that the Fit for Work service could provide a framework for helping more people with disabilities and long-term health conditions into the workplace.

The 2016 sickness absence rate in the EEF's 14th national survey of health, work and wellbeing is 2.3%, unchanged from the previous year. This represents an average of 5.2 days lost to sickness absence per employee and is down slightly on the 2015 survey.

Over a third (36%) of respondents said that there are no barriers in recruiting/retaining individuals with disabilities or long-term health conditions. Just over a quarter (28%) of members said that government financial incentives would help them recruit or retain people with disabilities or long-term health conditions. The most popular incentive, noted by almost half of companies was employer/government matched funding.

The survey also shows that companies are upping their efforts to improve the work and wellbeing of employees aged over 50. Just under half (46%) said that they offered flexible work patterns while almost a third (32%) said that they make workplace adaptations or modifications.