It's all too common; a hole drilled, a ceiling tile removed, a wall demolished, cables run and so on. But routine activities become problematic when asbestos is disturbed. It starts with a suspicion, the electrician or plumber becomes concerned about the material they have just disturbed or the employee looks worriedly at the dust on the floor or on their desk. The job stops and matters soon escalate -- if it's a building site, the work stops; a factory or office and staff get sent home; if a school, the school closes. Before you know it, you're in the local news: "Killer asbestos exposed".

What next? Concern, fear, significant expenditure, bad publicity and possibly prosecution. Staff ask whether they are at risk of an asbestos-related disease. Should they see their doctor and have a scan? Does the incident need to be reported to the authorities? 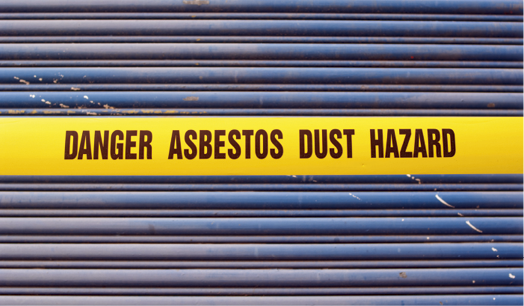 When you receive the call or find the dust, what should you do first?

In those first few minutes, it is important that you or whoever takes charge of the situation gets a clear description of what has happened from whoever disturbed the asbestos or noticed the disturbance. Then you need quickly to close off all areas of potential contamination as far as possible to prevent further exposure.

In many cases isolation will be straightforward and you can just lock off the room or stairwell where the disturbance occurred. If the space is occupied, tell employees to leave the area and not to take anything with them. It is important to avoid unnecessary panic and concern but you must get everyone away from the disturbance.

If the space is occupied, tell employees to leave the area and not to take anything with them

There may be multiple areas to close off. This could be the area of work but also any areas that the contractors walked through or took breaks in before the alert was sounded.

In some cases, the building will need to be evacuated. I have dealt with situations when asbestos cement roofs have been power - jetted without control and asbestos - containing slurry has spread throughout the building.

There are no hard-and-fast rules, so just consider how far the dust and fibre is likely to have travelled or been spread due to the disturbance. Once you know more, you may be able to relax the level of isolation. The cost of closing a shop or of lost productivity should not weigh in the balance. If halting production would be unsafe, anyone who has to stay in the exclusion zone should be provided with appropriate personal protective equipment.

Anyone who has received bodily contamination should change and shower, and their original clothing should be bagged and disposed of. This does not include people who have not had contact with the disturbed material, but anyone using a power tool on an ACM probably has some contamination.

If in doubt, close off as much of the area or building as you believe is necessary, erring on the side of caution, then seek advice from an occupational hygienist or asbestos specialist.

Once contamination is contained and anyone who has come into direct contact with the material is decontaminated, the clean-up must start.

At this point, a clear description of what happened is essential. Who did what, where did they go and when? If a person drills a hole in an asbestos ceiling tile and work stops, the situation is clear and contained. If several people are involved and the disturbance took place over hours or days the remedial work may have to extend to toilets, mess areas and even workers' cars.

Many organisations choose to do an air test in the affected area, which invariably "passes", registering less than 0.01 fibre/ml. I hear too many people say "they didn't find any airborne asbestos" or the tests "came up clear". The air test is fairly meaningless and at fewer than 10,000 fibres per m3 of air -- this is the same as