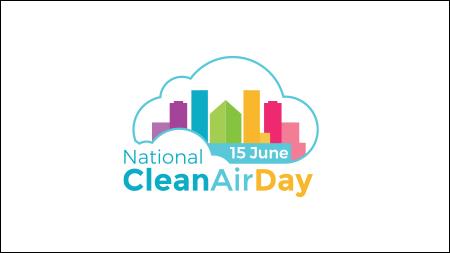 The environmental charity Global Action Plan, which specialises in sustainable behaviour change, is launching a nationwide campaign today supported by 50 health institutions, councils and universities, including the Royal College of Physicians, the British Lung Foundation, and various NHS Trusts, to inspire local residents and businesses to commit themselves to reducing pollution levels.

Global Action Plan estimates that poor air quality in the UK's cities contributes to 40,000 deaths every year in the UK. Many of the nation's urban areas exceed the safe and legal limits for air pollution, which is mainly caused by road transport, it adds. The campaign will focus on key pollution hotspots and include the launch of new research into the health impacts of air pollution.

The environmental charity has produced a workplace toolkit to help employers cut pollution levels. Its recommendations for businesses include reducing dust and dirt generated by construction. It also recommends minimising emissions from work vehicles by increasing the percentage of low emission vehicles, minimising traffic to sites such as construction builds, and checking ventilation systems have pollution-blocking filters.

The National Clean Air Day chimes with a key strand in IOSH's No Time To Lose campaign, which focuses on occupational diesel exhaust fume exposure. IOSH's free fact file draws on research by the Institute of Occupational Medicine (IOM) and Imperial College and estimates that more than 650 people die a year of lung cancer or bladder cancer as a result of being exposed to diesel exhaust fumes at work while around 800 new cases of cancer linked to diesel exhaust fume exposure are registered each year. The IOM estimates that 3.6 million workers across Europe are exposed to diesel fume levels above background levels that are found in major urban areas.

The fact file also reports that some types of diesel fume contain more than 10 times the carbon particulate level of petrol. Emissions from diesel vehicles like forklifts, lorries, buses, trains and tractors -- particularly in enclosed places like garages and workshops -- can cause a problem. Workers operating with fixed power sources like compressors, generators or power plants in sectors like tunnelling, mining or construction could also be at risk.

IOSH's fact file highlights key action points for employers, which include switching to other forms of fuel where possible; making sure that engines are maintained properly, especially fuel delivery systems; making sure diesel engine exhausts have filters; making sure vehicle engines are switched off when they are not needed; using local exhaust ventilation and good general ventilation in fixed or enclosed places; and replacing older engines with newer versions with lower emissions.

Global Action Plan's campaign also urges OSH professionals to play their part in supporting the initiative by leaving their car at home for the day, prompting people to use alternative means of transport, to car share or work from home.

The environmental charity says that 25% of all car journeys are under 3.2 km and that by encouraging people to walk instead, this would save £16m in fuel. If driving is essential, it encourages people to switch off the engine when stopped as this has been shown to cut peaks in pollution. Global Action Plan warns that drivers can be exposed to nine times more air pollution than cyclists because cars gather pollution from the vehicle in front.