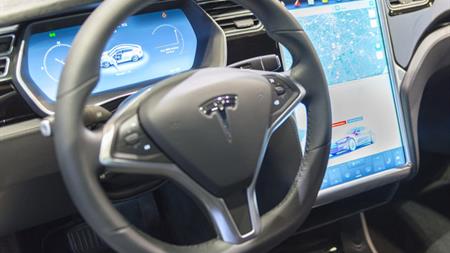 Former Navy SEAL Joshua Brown, 40, died on 7 May after his autonomous car crashed into another vehicle in Williston, Florida.

Cameras on the Tesla Model S sedan are believed to have failed to make a distinction between the white side of an articulated lorry and the bright sky. It did not automatically apply the brakes and crashed into the lorry as it turned left at a divided highway intersection.

Responding to the National Highway Traffic Safety Administration's (NHTSA) decision to open a preliminary evaluation into the performance of Autopilot -- Tesla's software which controls steering, braking, lane changes and speed adjustments - during the accident, Tesla released a statement on its website.

In order to turn on Autopilot (which is disabled by default), drivers must first acknowledge that it is an "assist feature", the statement said. Drivers are required to keep their hands on the steering wheel and to be prepared to take over control of the vehicle at any time. If the driver's hands are not detected on the wheel, the vehicle will gradually slow down until hands-on is identified.

Tesla recognised that while its Autopilot technology is continuously improving, "it is not perfect and still requires the driver to remain alert". However, it added that "when used in conjunction with driver oversight, the data is unequivocal that Autopilot reduces driver workload and results in a statistically significant improvement in safety when compared to purely manual driving".

Self-driving car trials are underway in the UK in Bristol, Coventry, Greenwich and Milton Keynes.

In the Queen's Speech in May the government announced that the Modern Transport Bill will include new laws that will make the UK ready to pioneer driverless cars.