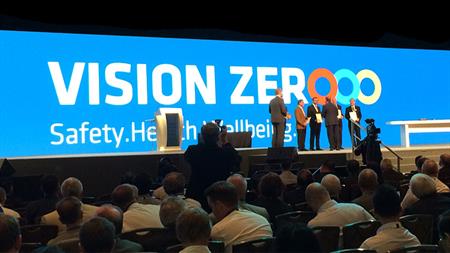 The initiative is supported by the World Health Organization, the US safety regulator OSHA and the International Association of Labour Inspection.

"These rules have been developed by more than 1000 occupational safety and health experts," said ISSA security general Hans-Horst Konkolewsly, launching Vision Zero at the World Safety Congress in Singapore. "Labour inspectorates, governments and companies have tried and tested these concepts."

The first campaign signatories include Hitachi, Rolls Royce and Siemens and ISSA hopes they will be joined by thousands more organisations.

Speaking at the launch, Lars Hoffmann, head of safety at Siemens commended the campaign materials were "pragmatic and easy to use" and said the company intended to use them for its own workers and with its suppliers.

Organisations can sign up to the campaign at the Vision Zero website http://visionzero.global, which includes checklists to implement each of the seven golden rules. The rules are intended to be applicable to any sized business or third-sector or public organisation and the campaign allows the signatories flexibility to concentrate on improving health, safety or wellbeing, whichever is most important to their organisation.

Konkolewsky emphasised that the pledge was not a commitment to achieve zero harm in short order but was rather "a long-term commitment, a mindset."

Shelley Frost, IOSH's executive director, policy, chairs ISSA's education and training section. She told congress that accredited trainers could enter their details on the website to receive free materials to carry out VisionZero training sessions. The training programme was "focused on personal action plans," said Frost. "It allows you to translate the seven golden rules into something that is right for you."