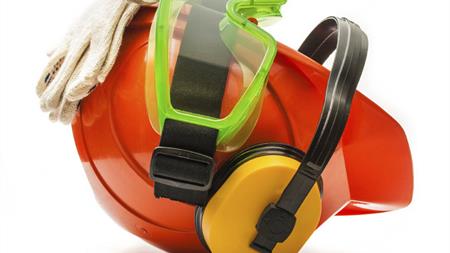 On his first day of full-time employment, the 21-year-old agency worker stood in a drainage pit wearing insufficient personal protective equipment (PPE). He was exposed to alkaline cement slurry and sustained chemical burns to his feet and ankles, resulting in the need for cosmetic surgery.

The Health and Safety Executive's (HSE) investigation found the company had failed to recognise that slurry from cured concrete dust was just as dangerous as cement or wet uncured concrete. There was no risk assessment for the slurry and practices to control the risks had not been implemented.

According to the HSE, the incident would have been prevented with a mechanical system to remove slurry from the pit.

At Leicester Magistrates' Court, Stressline pleaded guilty to breaching Section 3(1) of the Health and Safety at Work Act and was find £12,000 and ordered to pay £2,121 in costs.

After the hearing HSE inspector Dr Richenda Dixon said: "The risks from concrete and cement are well known in this industry. Companies need to protect agency workers as they are as likely to have injures in the first six months of employment as in the rest of their working lives."