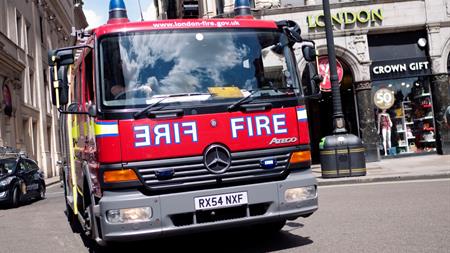 From the initial inspections, the HMICFRS has warned about reduction in public protection, which it attributes to long-term underinvestment. In many services inspected, budget reductions had disproportionately affected protection teams. The inspectorate said that eight of the 14 services inspected needed to improve levels of fire safety protection. Avon fire and rescue service fell below the standard expected.

Many of the protection teams interviewed cited a lack of staff and resources. "Some fire and rescue services we inspected told us they are struggling to recruit, train and retain staff with the specialist skills they need to carry out the more complex technical work," the report says.

Another significant finding was that many saw formal enforcement as a last resort. Although they recognised they had the powers to prosecute building owners if all other work to ensure fire safety compliance failed, some had not used their prosecution powers for over two years.

Most also said they had moved from enforcement to focusing on engaging with businesses to increase compliance. This shift in focus was attributed to the government's advice on better regulation, published in the Regulators' Code in April 2014.

However, the report, the first independent inspection of the fire and rescue sector in 12 years, warned that, "if fire and rescue services choose to focus only on engagement, they will struggle to keep up the skills and competence they need to use the full range of enforcement powers."

Most of the services inspected were found to have a good understanding of local risk, for example, they had identified the locations of high-risk premises such as waste plants and chemical factories.

However, the inspectorate found that the quality, quantity and timeliness of the information in each service's integrated risk management plan, which outlines how the service will allocate resources to meet the risks it identifies, varied significantly. The report called on fire and rescue services to improve the way they model and predict risk and how they explain these risks to the public.

The intelligence that fire and rescue services collect on high-risk sites is essential for fighting fires and carrying out rescues safely. Although the report found that, generally, this information was well collected and made available to operational crews who respond to emergencies on mobile data terminals (MDTs), some services needed to pass on the information more quickly. In some cases, MDTs did not always work, and, in other cases, the correct information wasn't being made available to response teams quickly enough.

The HMICFRS, which took over statutory responsibility for regulating fire and rescue services in England and Wales in July 2017, plans to release another summary when it publishes the second tranche of inspection findings later this year. It will publish its first "State of Fire" report in December, together with another summary covering the final tranche of inspections. The final reports will include recommendations on how to improve the fire and rescue service nationally.