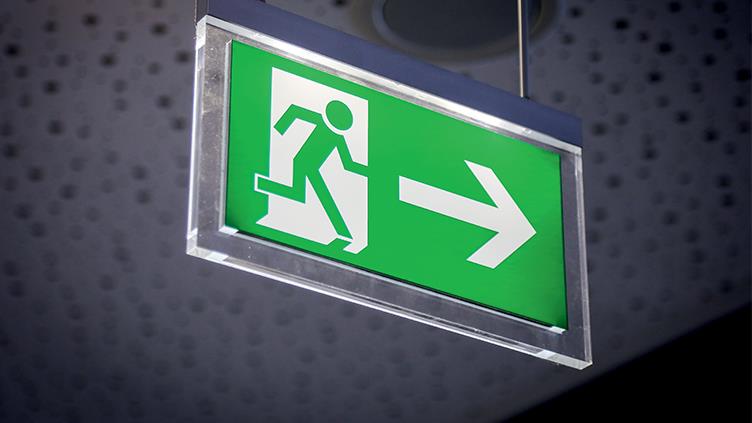 Imagine the scenario. As the building manager in a large five-storey, urban office building, which is staffed by 650 workers covering multiple shifts, you are responsible for managing fire safety.

The building is equipped with multiple fire escape routes and is covered by an automatic sprinkler system, which is linked to the evacuation alarm. Fire alarms are tested every week, and twice a year there is a fire drill during which staff evacuate to a hall area elsewhere in the building rather than an external assembly point.

In the first few years when drills were held, everyone had assembled outside at the designated area but after complaints from staff about the cold and wet weather, senior management decided not to enforce this legal requirement. Also, there are no evacuation wardens to assist staff leaving their workstations and no effective system of accountability in place.

The company operates a computerised badge-in/badge-out system but the only means of accounting for individual workers' whereabouts at the designated "external" assembly point is for the building manager to ask the supervisor (if they are both present) to inform them of anyone missing. 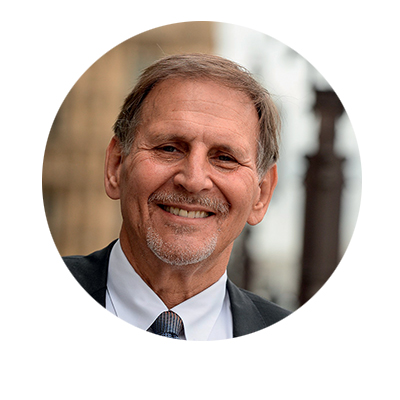 One morning, the supervisor enters a small kitchen and finds an electrical fire in a microwave oven, which is not significant enough to activate the automatic sprinkler system overhead. He tries to fight the fire rather than activating the alarm. He closes the kitchen door to limit the smoke's spread and uses an extinguisher to put out the flames. However, untrained in extinguisher use, he uses a CO2 extinguisher and, due to poor oxygen levels, he collapses on the floor, blocking the door.

Simultaneously, a smoke detector activates the alarm. The building is evacuated quickly but without the supervisor at the assembly area, no one knows who has left the building and who is still inside, including in the internal hallway. The fire services find the supervisor ten minutes later as they need to search the entire building to check that everyone has left. He fell into a coma and is on life-support.

Though this a fictitious scenario, many of the issues raised are common to businesses the world over. The example serves as a reminder of some of the poor practices that can put lives at risk and, in worse case scenarios, result in workplace fatalities.

One of the dangers that businesses must guard against is complacency. There is a risk that when employees are regularly exposed to fire alarm tests and safety briefings without any meaningful discussion about why they are held, they may start to switch off, ignoring the important steps that can safeguard lives. In some cases, it can result in the workers not taking a real fire seriously. A delay in response can have devastating consequences.

In the airline industry, carriers such as Air New Zealand (bit.ly/ZHcIaw) and United Airlines (bit.ly/2hjmlL9) have developed some arresting safety videos to capture passengers' attention and reinforce evacuation messages. This is more challenging in office environments, but there is a real onus on managers to take the lead and be seen to take fire safety seriously. Managers need to take a more proactive role in developing stimulating materials to engage workers and help raise awareness of potential fire safety issues.

In South Asia and Southeast Asia, for example, the Fair Labor Association has developed a five-day workplace fire safety facilitator course (bit.ly/2BtVMZo), accredited by IOSH, which is designed to prepare workers to serve as factory-level fire safety facilitators, who in turn train fellow workers on fire prevention and protection. The aim is to foster a culture of fire safety in garment factories and works by constantly reinforcing the fire prevention message.

Businesses wherever they are based should actively create and sustain a culture of prevention as the first step towards protecting the workforce. Ongoing, albeit stimulating, training throughout businesses will help keep fire safety in workers' minds and should encourage them to take a more proactive role in minimising the likelihood of a fire in the first place, by controlling the possible sources of ignition.

However, in the event of a fire, managers' priority must be on early detection, raising the alarm promptly and ensuring a safe and speedy evacuation of all staff.

The earlier an occupant is alerted to the fire, through visual, audio or other means, and the shorter the time between when they stop what they are doing and move calmly towards the assembly point, the less risk there will be from exposure to gases, smoke, heat or open flames. Depending on the building's construction, it is generally accepted that occupants should evacuate a structure in no more than three minutes. Delays in evacuation will increase the risk of death or injury. 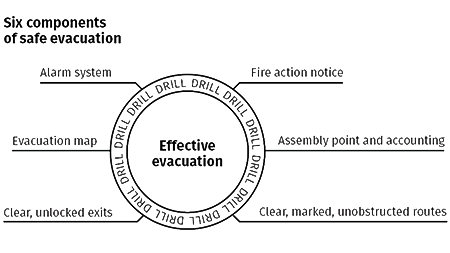 There are six elements to a safe evacuation (see the six components of safe evacuation graph) and four distinct phases. The first phase covers from the fire's ignition to when it is detected and the alarm is sounded. The next is pre-movement -- the time it takes from the alarm being raised to the start of the movement towards the emergency exit. As it may take time for occupants to recognise the alarm and to mobilise, early fire detection is key. The third phase is the travel time to reach the exit. The final phase is the flow time to the external assembly point.

The time/temperature curve (see graph below) demonstrates how evacuation should be achieved during the early stages of the fire. Any delays in confirming that there is a fire, before the evacuation starts and before the fire service is called, will significantly increase the risk to life and property.

Early detection is also important to safeguard the lives of vulnerable workers. Those with limited mobility or with certain impairments such as difficulties in either hearing or seeing the alarm need additional assistance. Managers may need to install bespoke equipment to aid their safe exit from the building and put in place procedures to ensure this happens seamlessly. At least two designated people should be trained and assigned to help these workers in the event of a fire, which takes into account absences. Wheelchair users will need help leaving the building by the stairs, so managers should consider providing a specifically designed stair chair to aid the safe evacuation.

A group of fire evacuation wardens should also be selected, trained and regularly drilled to guide occupants from the building to the external assembly point and to ensure vulnerable workers are accounted for.

Because early detection is so important, managers need to ensure that all workers, contractors and visitors who are on-site know that they should activate an alarm as soon as they detect a fire. They should then contact the emergency services, providing details of the location.

Detection and alarm systems are designed to provide early warning of a fire and are the one system that must always be installed. The type and complexity of systems will vary but any system must be regularly inspected, tested and maintained and there should be a back-up system should the alarm fail.

The installation of automated alarm systems, sprinklers and other fire protection measures, including fire-rated building fabrics, materials and fire-rated doors and linings to provide additional protection to escape routes, will also greatly aid the evacuation process .

Every work area in a business should have an emergency plan which outlines the key responses if an incident occurs. This should cover actions to take when a fire is discovered, what to do if a fire alarm is activated, the primary and secondary exit routes and external assembly points. There should also be instructions that make it clear that staff should only use the stairways in an emergency and never the lifts. Staff should also only use a fire extinguisher if they have been trained in its use and know the correct type to use. Every work area should also include evacuation maps clearly identifying the primary and secondary exit routes. The pathways leading to the assembly points must always be clear, unobstructed and unlocked.

Managers need to ensure that an emergency evacuation plan (map) accompanies the emergency procedures. The map needs to note the current location (you are here) and both the primary and secondary exit routes all the way to the designated external assembly point. Like the emergency procedures plan, the evacuation map must be large enough to see and visible in low light. It's vital that both exit routes avoid hazardous areas, which means that they may not be the most direct route out of the building.

Both the emergency procedures plans and evacuation maps should meet the national legal requirements; reflect the business' fire risk assessment; and draw on lessons from previous incidents, drills and exercises. As a minimum requirement, they should be displayed in an area where workers as well as contractors and visitors will see them.

Many businesses also employ multinational workforces so it may help to use pictograms to aid comprehension. The International Organization for Standardization and the British Standard Institution have standardised pictograms that are commonly used but managers should ensure that everyone on the premises understands how to respond promptly and evacuate safely.

It's advisable that the local fire service reviews the notices and maps. However, if this is not practicable, as a bare minimum the fire service should be made familiar with the premises so firefighters are better equipped to deal with an event.

When fire drills and exercises do take place, it's vital that the instructions detailed in the emergency plan are updated in the light of experience and that any changes to procedures or assembly points are publicised to all occupants in the building.

Knowing where both routes are will greatly help the building's occupants to navigate safely their exit in the event of a fire. Although it is important to establish where a primary exit is located, managers need to ensure that occupants know where the alternative route is. Employees can then formulate a mental plan of the floor's layout, which will be particularly useful in the event of a fire.

Having an alternative escape route is important for two key reasons. The primary route may be blocked or become unusable. Also, when a fire breaks out, it can be a disorientating experience, especially where smoke and gas are present, which can inhibit a person's escape. The presence of a secondary exit provides the occupant with more evacuation options.

Though it is a legal requirement in the UK to designate an external assembly area, managers should not assume that everyone in a building will know where to muster. They should check that workers know where to go in an emergency evacuation and check also that the system used to verify that everyone has safely left the building works effectively. If verification that all mobility-impaired people have got out safely depends on a few individuals, it's important that businesses plan for what happens if these people are away. The system must be robust enough to provide an accurate report that can be handed to the responding fire services to show that everyone has left the building or that they are still unaccounted for.

To avoid the poor practices described in the fictitious scenario and to ensure the key steps outlined above are followed effectively, it's vital that businesses reinforce the fire safety message so that employees know what actions need to take place and move immediately when notified of a fire.