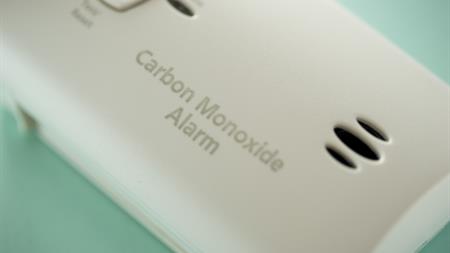 Principal contractor Wates, part of Wates Group -- one of the largest family-owned construction, property services and development companies in the UK -- had subcontracted RJ Fitters to remove flue cowls on redundant flue pipes before blocking them off.

Cambridge Crown Court was told that operatives had been given a diagram marked with the redundant flues and were expected to find them among the live ones.

They made a mistake regarding the correct floor level and blocked a live flue on 19 December 2014.

A CO monitor inside one of the flats activated and the damaged boiler was switched off before potentially any serious ill-health could occur.

The Health and Safety Executive (HSE) found that scaffolding had been erected outside the 13-storey tower block without marked lift levels and the external wall of the building had no markings to identify floor levels or flat numbers.

It said the companies should have marked redundant flue pipes and installed cages around the cowls to ensure they did not fall instead of removing them.

Both companies pleaded guilty to breaching s 3(1) of the Health and Safety at Work Act.

A Wates spokesperson told IOSH Magazine: "We very much regret this incident. Safety is our highest priority and we are committed to ensuring that no individual is ever harmed or put at risk as a result of our work. We fully support all efforts by the HSE to make construction sites a safer place to work, and we have co-operated fully with the HSE's investigation into this incident.

"On this occasion, however, despite our best efforts, we accept we fell short of the required standard. We immediately reviewed and enhanced our existing controls to help prevent a reoccurrence, and we remain committed to achieving the highest standard of health and safety moving forward.

"As part of our 'We're Safer Together' Zero Harm campaign launched in 2016, we strive to achieve a working environment free from incident, ensuring that health and safety remains uppermost in the minds of both our employees and sub-contractors."

HSE inspector Sandra Dias said after the hearing: "It is the responsibility of both the principal contractor and subcontractor to ensure that safe systems of work have been identified and adopted.

"The risks associated with blocking a live flue could result in [CO] entering properties and potentially killing all occupants."