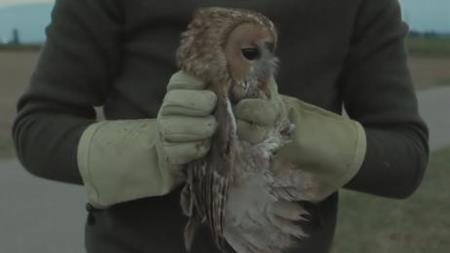 Bird Island features a young man, Antonin, who suffers with fatigue as result of a long-term illness. The film follows him as he takes up work in a bird sanctuary, through diary-like reporting with documentary-style footage of his interactions with colleagues and the recovering birds.

Presented by the European Agency for Safety and Health at Work (EU-OSHA), the production, directed by Maya Kosa and Sergio Da Costa, tells the tale of rehabilitation through patience and care. The jury was impressed by the film's "intelligent, empathetic and even humorous approach to human fragility", which creates a "captivating analogy between the recovery of the injured birds and the rehabilitation of the main protagonist".

EU-OSHA says that by funding the Healthy Workplaces Film Award, which is also supported by IOSH, it aims to build a library of films to raise awareness of occupational safety and health issues and to inspire directors to create more films about work, its changing nature and its effects on workers and their environment.

The documentaries shortlisted for the award this year covered a number of topical and important workplace issues, including whistleblowing in the modern workplace (Never Whistle Alone, Italy); an Algerian migrants' experiences of work in the UK (My English Cousin); a cooperative of workers who take over the factory where they work (Taste of Hope, France); and the dangerous work of removing mines in Azerbaijan (Nothing to Be Afraid Of ).

The trailer for the winning film can be viewed here.