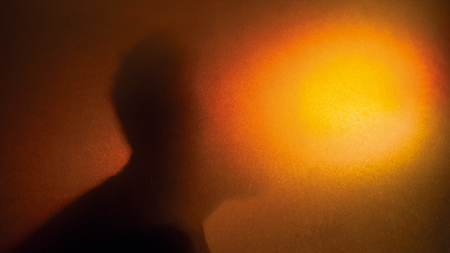 Research organisation Gartner has predicted that, by 2022, 70% of enterprises will be experimenting with immersive technologies, either for consumer or internal use (gartner.com/doc/3891569). Although not mainstream, OSH uses of the technology have reflected this growth, with the 2019 Safety and Health Expo showcasing several virtual reality (VR) applications.

In 'Alternative realities' (see IOSH Magazine, January 2019, bit.ly/2PrbBcF), we explained how VR can be used to improve awareness of the precautions needed to avoid exposing people to risks in hazardous environments. VR has the added advantage of allowing people to see safely what could happen if they fail to follow procedures. Simulated environments have included work at height, confined spaces, petrol stations, a commercial kitchen and Royal Mail postal workers encountering a dog while delivering letters (see 'Friend or foe?').

Back in 1999, John Wilson, of Nottingham University's VR applications research team, wrote in Applied Ergonomics that trainees found VR 'more motivational, attractive and interesting'. However, studies since then have suggested that VR (see box, p 34) using only video and sound, although more immersive than conventional training, can lead to gaming behaviour where people do things they wouldn't do in the real world.

Dr Glyn Lawson, of the Human Factors Research Group at Nottingham (which grew out of Wilson's VR applications research team), says: "When people have used fire simulations in VR, they are willing to open doors, even when there is obviously smoke coming from underneath." The same studies also suggest a solution. "Some participants said it would feel more real if they could feel or smell the fire," he says.

Dr Tessa Roper has worked with Lawson to investigate the impact of stimulating these senses on the behaviour of people in virtual environments (VE). "We know that smell triggers memories," she says, "and it's possible that adding smell to an experience will make the experience feel more real, promoting more realistic behaviours."

IOSH commissioned Lawson's team to run a study to investigate ideas about multisensory (MS) VEs in more detail and publish the results (iosh.com/multisensoryVE).

A fire evacuation scenario was chosen as the vehicle for the research because other studies (summarised in the report) showed that in real fires and drills, people responded more quickly if they could see or smell smoke, compared with just hearing an alarm.

Creating VR safety training is a challenge, but in recent years the delivery technology has become more accessible, with affordable and portable head-mounted displays (HMDs), and more powerful computing. Adding smells and heat to create a MS virtual world adds another level of challenge.

Lawson says: "We wanted to create something that would be affordable for small and medium-sized companies. It couldn't be a permanent, whole-room installation. It had to be portable as well."

The need for affordability and accessibility discounted some options. The 'Teslasuit' uses electrical nerve and muscle stimulation to simulate weight, force, heat and even an electric shock. It is not available commercially yet, but its developers are working with other businesses to develop use cases for it. However, even were it available (and affordable) it is unlikely to be adopted quickly in health and safety training.

"Something like a Teslasuit might not be practical," says Roper. "We want to make safety training more engaging and easily available. We considered using heat pads next to the skin -- on the arms or on the back of the neck, but these would be intrusive and would need cleaning between users."

After experimenting with different set-ups, the team settled on the use of three infrared heaters (see diagram, above)."We found that the exact direction of the heat did not affect realism," says Lawson. "As long as the heaters were positioned symmetrically, people perceived the heat simulation to be just as realistic." In the presence of a real fire, radiant heat has an impact on the whole body, not just on a single part.

The equipment had metal fins fitted in front to shield the user from the heat when they were a distance from the virtual fire, but turned to allow heat through as the individual approached it.

To provide the smell of fire, the team consulted olfactory experts. A control of substances hazardous to health (COSHH) assessment identified controls needed, and participants were screened to exclude people with pre-existing odour allergies or intolerances, asthma or respiratory conditions. "We tried out a variety of approved fragrances," Lawson says. "Our trial participants said the wood smoke scent was the most indicative of a fire."

To keep the concentration of the scent low yet detectable, a diffuser was positioned next to a fan in front of the user. A second VE to train people in an engine disassembly scenario used a diesel oil smell to indicate a fuel leak.

Lawson invited me to Nottingham to try the fire VE. Rather than using the HMD, the simulation was presented on a laptop. "Although we screen participants for motion sickness, we had quite a few people dropping out because of simulator sickness when we ran the experience in an HMD," he says.

This is surprising, because the incidence of simulator sickness has decreased as headsets have become lighter and frame rates faster. A Coventry University study published in the British Medical Journal in 2018 suggested that the 360-degree video used in VR was "no more likely to provoke cybersickness symptoms than the other simulation methods" when compared with a traditional video presentation (bit.ly/31T8Jb9).

Lawson has some thoughts about why some users had experienced a higher-than-normal rate of simulator sickness. "We didn't make a comparison of simulator sickness between the MS and the audio-visual-only group, but anecdotally it seemed like the combination of the heat and the HMD might have led more people to suffer symptoms," he says.

Using a laptop did initially make me more aware of the heat lamps than if I had used an HMD. However, once in the scenario, my focus was entirely on the fire on the screen in front of me and working out how to escape from the building before all the emergency exits were blocked. Although obviously at a much lower intensity than the heat of a real incident, it still made me feel more inclined to avoid the fire. As Lawson and Roper predicted, the exact position of the lamps did not matter -- the urge to avoid the heat remained strong. However, the scent didn't quite work for me -- it was, perhaps, too reminiscent of happy memories around a campfire to cause the same avoidance behaviour.

Lawson says: "We are interested to study the relative contributions of each of the senses to the experience. It varies from person to person, but anecdotally we think that smell may have a greater impact than heat."

Lawson and Roper carried out several usability studies to refine their MS environment, and two experimental studies. Two key questions to answer were:

In the first study, users viewed the VE sitting, using a Vive HMD and hand-held controls. The HMD allowed users to turn their heads to look around their VE, and the controls allowed them to move. A control group experienced just the audio-visual aspects of the training, while the study group had heat and smell triggered as they moved around the VE -- getting hotter as they moved closer to a virtual fire, and cooler as they moved away. The heat and scent appeared to have a significant impact on the users' behaviour.

Roper says: "Behaviours in the MS-VR were more reflective of those we would expect in real life than those in an audio-visual-only experience. For example, people in the MS condition were more likely to try to walk around a fire than through it."

Lawson adds: "People in the MS condition felt a greater sense of urgency than those who could only see and hear the fire."

In the second study, an audio-visual-only version of the environment was compared with a MS environment, but this time a further comparison was made with a group trained using typical PowerPoint presentations. To avoid the problems of simulator sickness in the first study, the second presented the VE on a laptop.

As predicted, levels of engagement, attitudes towards health and safety training, and willingness to undertake further training, were higher for those who experienced either of the two VE conditions than for those who received the PowerPoint training. However, when tested for their knowledge uptake, the PowerPoint group had higher scores.

This did not surprise Lawson. "The test used fact-based questions, and it's likely that facts presented in PowerPoint map better on to that method of testing. In the short term, it was easier for people to remember a factual answer from the PowerPoint training," he says. However, a re-test of knowledge a week later showed that the VE-trained groups retained more of what they had learned than the PowerPoint group. Lawson suggests an explanation: "The experience of the VE increases cognitive engagement. It establishes more comprehensive mental models, which support longer-term retention of information."

An employer needs to know not just whether people can pass a test, but also whether they will carry out the right behaviours in the workplace as a result of their training. Outside the VE, this is difficult to test. "Testing behaviours has lots of ethical and practical considerations," says Lawson. "Would it be ethical to make people think there was a real fire to see how they behave? How would you assess the impact of the training over the effect of other evacuees' behaviour?"

Lawson's team have shown that a MS VE set-up could be effective at improving engagement in health and safety training, and that it can be provided cost effectively. The study report gives a full breakdown of the expenditure, showing hardware costs of £3,265. This includes the laptop, the HMD, and the equipment for delivering heat and scent synchronised with the software. If you already have the VR equipment, adding heat and scent adds less than £800 to the costs. Where the costs are more difficult to estimate is in producing the software. "It's not just about creating the VE," says Lawson. "You need someone to set the training objectives, and someone who can build the experience around those objectives."

As well as the cost of producing good-quality VR experiences, other barriers to its use remain. Although generally there is a move towards more inclusive design, the nature of VR excludes people especially prone to motion sickness. "Simulating heat and smells adds to the list of people who might be excluded from the experience," says Lawson, "in particular those with odour intolerances or asthma."

The benefits of audio-visual-only and MS-VR go beyond simply teaching facts. In some cases, a learning goal may be related specifically to a sensory experience, say learning to respond to the smell of smoke or an engine leak. In such cases, being able to simulate the smell clearly has a training value.

This study showed both increased engagement from VR generally, and more real-world behaviours for the MS-VR in particular. Using VR as part of culture-changing and engagement processes has already become popular in some organisations.