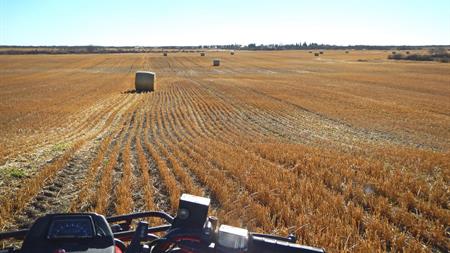 He said: "Vehicle-related accidents are a significant problem in agriculture and one of the biggest killers. Only people who are trained and capable should operate all-terrain vehicles [ATVs] like quad bikes. Every year, on average, we see two deaths and numerous injuries involving ATVs."

Brunt's call comes after a teenage farmworker was left seriously injured in a quad bike accident.

In April 2014, farming company JF & M Bland contracted the 17-year-old to carry out general duties. He was instructed ride out to one of the company's fields, despite having received no training or a helmet, Carlisle Magistrates' Court heard.

The vehicle overturned, trapping the worker for an hour until one of the firm's partners found him. He suffered a serious head wound that needed 17 stiches.

JF & M Bland pleaded guilty to breaching Regulations 9(1) of the Provision and Use of Work Equipment Regulations, which states that anyone using work equipment must be properly trained. It was fined £6,000 and ordered to pay costs of £4,693.

HSE inspector Matthew Tinsley, who investigated and prosecuted for the HSE, said: "This is a reminder to all farmers and farmworkers that it just isn't worth taking unnecessary risk. Training is vital, as is head protection. This is simple, common sense advice that, if followed, can save lives."

In Australia, SafeWork NSW has a new initiative, the Quad Bike Safety Improvement Programme, to reduce the number of quad bike deaths and injuries. The health and safety regulator for New South Wales said quad bikes are a major cause of deaths on Australian properties; around 220 people have died in over the last 16 years, with thousands more seriously injured.

The new programme, which will start in late July, features a AU$2m rebate package that will include rebates of up to AU$500 towards the cost of helmets, operator protective devices (OPDs), safer vehicles and training courses for farmers.

NSW minister for innovation and better regulation Victor Dominello, said: "Quad bike related injuries and fatalities are at an unacceptable level -¦ What we are doing is balancing the regulatory burden on farmers with raising the bar on safety by improving awareness and providing practical assistance."

Since March WorkSafe Victoria has required all employers to fit their quadbikes with a suitably designed and tested OPD where there is a risk of a rollover, in a bid to cut fatalities in the Australian state's workplaces.