Farm safety in NSW fails to improve in 14 years 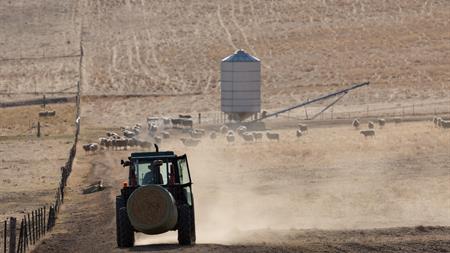 The report says there were some 360 fatalities on farms in the Australian state between 2001 and 2015. More than half were work-related, the research found.

Drawing on data recorded by the Australian Centre for Agricultural Health and Safety, the only agency to collect injury statistics for Australian farms, the researchers say this rate is unchanged in 14 years. Although there was a significant reduction in the all-fatality rate (work and nonwork) between 2001 and 2007, the research added the decline had also stabilised since then.

"Non-intentional" farm injury fatalities are defined as those that occurred to farmers and people working in agricultural production, as well as to bystanders to farm work being undertaken, and others undertaking leisure activities but harmed by farm production hazards.

Report authors Tony Lower, Margaret Rolfe and Noeline Monaghan said: "Although direct cause and effect cannot be attributed, it may be contended that the removal of injury prevention as a core priority for health services in NSW, accompanied by a divestment of resources to support community interventions, has contributed to these results."

A report by the Australian Centre for Agricultural Health and Safety showed that New South Wales had recorded the highest number of on-farm deaths for the first six months of 2017, with 17 fatalities, more than half the 32 farm-related fatalities recorded for the whole of Australia during the period.

Agricultural production in NSW accounts for about 14% of arable land use in Australia and around 25% of the national agricultural output, the research reported.

Data from Safe Work Australia show the fatality total in agriculture is higher than those of the construction and mining industries combined.